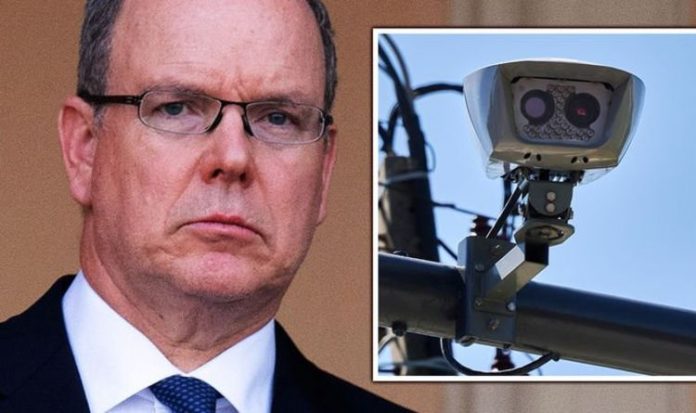 Prince Albert holds the unique position of working both as a royal and governor of a nation. He has continued to bolster his principality as one of the richest and most exclusive regions in the world. Only slightly bigger than London’s Hyde Park, the principality of Monaco has become famous for its riches and being home to thousands of millionaires – around 30 percent of the population.

In order to maintain this bubble of privilege, Monaco has a number of strict laws, rules, and a world-beating CCTV system covering every corner of the principality.

With 577 police officers – one officer per seventy inhabitants – those breaking the law almost always get caught.

This level of surveillance has only been increased as a result of the pandemic, with enforcers patrolling the streets, aided by the surveillance coverage, to spot those not wearing masks and dish out €100 (£90) fines.

The set-up, which essentially has the nation tightly locked down through the lens of hundreds of cameras, was explored during the BBC’s documentary ‘Inside Monaco: Playground of the Rich’.

As the documentary explained: “To protect its wealthy visitors and residents, Monaco has one of the most extensive and sophisticated CCTV systems in the world.

“In police headquarters, officer Guillaume Deken can see everyone.”

At the time, Mr Guillaume was following, on-screen, a campervan which had driven into the principality – motorhomes strictly forbidden.

The court system in Monaco almost always gives out maximum sentences, the result being, “an incredibly low rate of delinquency, a dream for any Minister of the Interior”.

Despite this law and order routine, Monaco’s history is the very opposite of legality and fair-play.

Prince Albert’s Grimaldi family dynasty’s roots can only be traced back to the last 800 years.

The royal’s ancestors invaded Monaco in the 13th century, as Francesco Grimaldi led an army of men disguised as Franciscan monks into the region.

Monaco had initially been granted by Emperor Henry VI in 1191 to the colony of Genoa.

The Genoese – whom the Grimaldi Family were a part of – were distraught and furious with Francesco, and sought to reclaim the territory.

In a few years, the Genoese launched an attack on Albert’s ancestors – a struggle which lasted for a century.

As the Genoese became preoccupied with other land battles in the late 1300s, the colony began to lose its grip on Monaco.