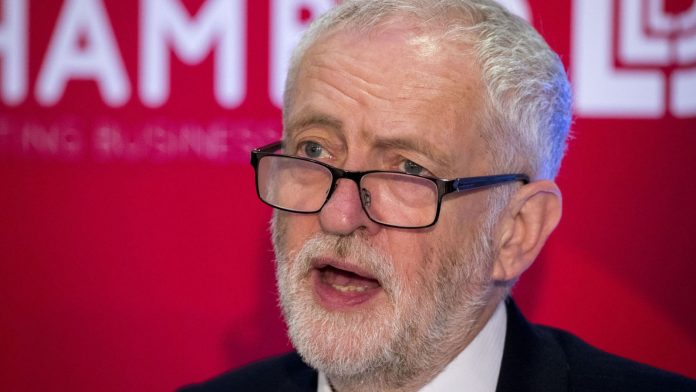 More than a third of people think Jeremy Corbyn tolerates anti-Semitism in the Labour Party, according to a Sky Data poll.

Labour voters were more likely to support him, with 16% saying they thought he tolerated anti-Semitism compared to 34% who did not.

People were split on whether Mr Corbyn himself was an anti-Semite, the accusation levelled at the Labour leader by Jewish MP Margaret Hodge last week.

Among Labour voters, more than half (58%) thought Mr Corbyn was not anti-Semitic, compared to 10% who thought he was.

There was also a significant shift in the perceived problem of anti-Semitism in Britain, compared to 2015, when Mr Corbyn was first elected.

Asked whether anti-Semitism was a serious problem in Britain today, 36% said they agreed – up 11% from three years ago.

Meanwhile, some 27% said they thought anti-Semitism was more of a problem than in recent years, a rise of 12%.

Labour has been battling accusations of anti-Semitism over its complaints process, which rules on what grounds members can be kicked out of the party.

It has adopted a new code of conduct in response to the claims, which it calls the most “comprehensive” of any party.

However, the code does not include the definition of anti-Semitism established by the International Holocaust Remembrance Alliance (IHRA)

Instead, Labour has adopted its own version of the definition, amending or dropping the IHRA’s examples of hatred against Jews.

A party spokesperson insisted on Wednesday that Labour “poses no threat of any kind whatsoever to Jewish people” and is “fully committed to the support, defence and celebration of the Jewish community and its organisations”.

However they added there is “a huge amount of work to do” to build trust with the Jewish community.