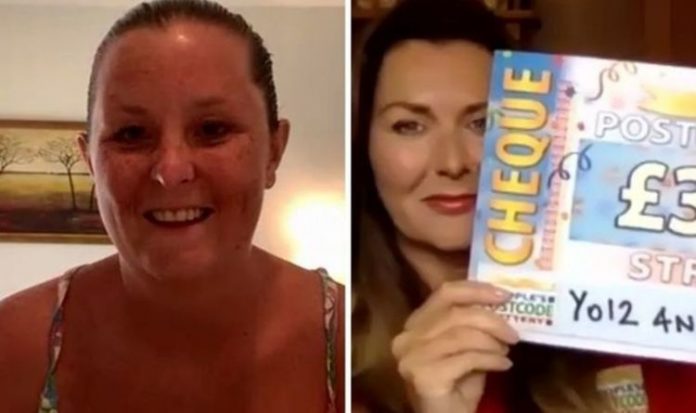 Lottery winner Chloe Webster won’t be in a huge rush to return home from her holiday in Greece after learning of her jackpot.

The 29-year-old was left speechless after finding out she had won £30,000 on People’s Postcode Lottery.

She was one of five neighbours in Seamer, North Yorkshire, who shared a huge £150,000 windfall.

Chloe was on a family holiday in Kos, Greece when People’s Postcode Lottery’s Judie McCourt video called her.

When she saw the cheque she said: “No way! Wow! That is amazing. I can’t believe it. I don’t know what to say. I feel a bit sick!”

“I just can’t even comprehend it really. I have a one-year-old daughter so I’m sure a lot will go on her but it’s hard to think.

READ  Medicinal cannabis to be legalised on prescription in UK - UK

“I’ll maybe get a conservatory for my new house, or maybe do something with my back garden as it’s just a big grassy area at the moment.”

Chloe and her family have been enjoying the sunshine and plan to celebrate her win in style.

She added: “The weather has been gorgeous. I’ve been playing in the pool all day with my daughter and nephews. We’ve just been having a good time.

“We’ll need to go out for a nice tea tonight to celebrate. Maybe get some cocktails. It’s a lovey surprise, the best ever!”

Mum-of-two Lisa Borrie (above) was one of the other four winners on the street – also picking up £30,000.

The 39-year-old said: “That’s amazing! Oh my goodness! This is incredible I can’t believe it.

“We’ve just moved into a nice new home but it’s completely bare. I’m a big fan of interior so it will be amazing to be able to finally do it up!”

People’s Postcode Lottery costs £10 a month to play and there are guaranteed winners every day.

People play with their chosen postcode and are automatically entered into all draws.

Judie McCourt, People’s Postcode Lottery ambassador, said: “It was lovely to virtually meet Chloe and Lisa and give them some good news. A big congratulations to the other winners too! I hope everyone enjoys treating themselves with their win.”

A minimum of 32% of ticket sales goes directly to charities and players of People’s Postcode Lottery have helped raise more than £600 million to date for good causes across Great Britain and internationally.

This draw was promoted on behalf of British Red Cross. Players have raised over £6.7million for the UK’s leading emergency response charity.