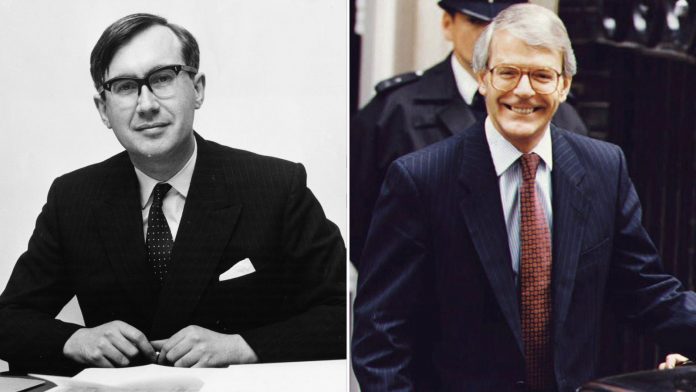 A Conservative prime minister battling with a member of the Rees-Mogg family over Europe might be a feature of British politics today – but it was also the case 25 years ago.

Newly released documents from the National Archives reveal ex-premier Sir John Major’s intention to have a “full gloat” after scoring a victory over William Rees-Mogg, the late father of current MP Jacob Rees-Mogg.

The revelation comes as Theresa May continues to see her Brexit plans challenged by the junior Rees-Mogg, who has accused the prime minister of having abandoned her “red lines” on the UK’s departure from the EU.

The National Archives files show a very similar scenario was occurring a quarter of a century ago, when Sir John faced a legal bid from the elder Rees-Mogg over the Maastricht Treaty, which formed the constitutional basis of the EU.

In 1993, Lord Rees-Mogg – a former editor of The Times and crossbench peer in the House of Lords – attempted to secure a judicial review of the then-Conservative government’s intention to ratify the treaty.

Ministers were warned by lawyers at the time they could be in contempt of court if they went ahead before legal proceedings had been resolved.

According to the National Archives in Kew, Sir John ignored officials’ advice to rejoice too strongly when judges ruled against Lord Rees-Mogg.

“The outcome was even better than our lawyers had expected,” Sir John’s private secretary Roderic Lyne informed him.

“The foreign secretary [Douglas Hurd] is exercising restraint in public comment for the time being.

“He does not wish to provoke the Rees-Mogg brigade into a further Quixotic action if there is a chance that they will abandon their expensive and ultimately pointless exercise.”

But, Sir John wrote: “Good. A full gloat is merited.”

Among other files released by the National Archives are revelations that:

:: Sir John requested details of policies for economic regeneration advocated in the 1920s and 1930s by British fascist leader Sir Oswald Mosley and by Winston Churchill.

:: Then chancellor Norman Lamont was “increasingly anxious” about the way the true state of Britain’s foreign currency reserves was being concealed in the wake of Black Wednesday.

:: Sir Alec Douglas-Home was kept in the dark about the Cambridge spy ring despite being prime minister at the time.

:: Thatcher used to enjoy naps in the back of her official car, prompting a request for a new design of headrest in the Daimler.