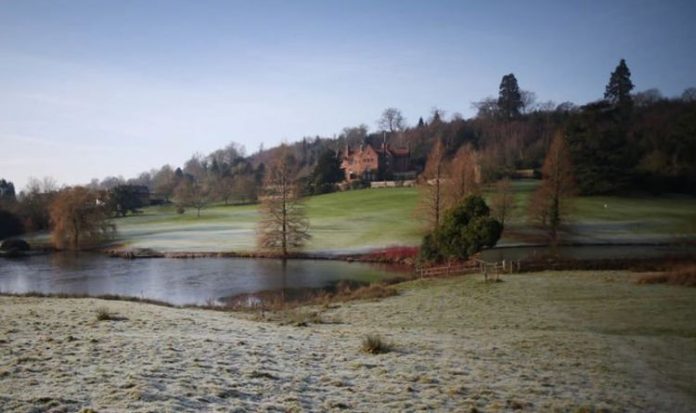 The heritage body caused outrage last month when it produced a report linking almost 100 properties it looks after with colonialism and the slave trade. Among those identified was Churchill’s former home in Kent Chartwell as well as a property linked to the poet William Wordsworth who campaigned against slavery. The report, published in the wake of statues being pulled down and other disturbances linked to the Black Lives Matter protests, led to the National Trust being accused of “besmirching” Churchill and other British heroes.

Members of the influential Common Sense group of around 60 Tory MPs and peers founded by former minister Sir John Hayes wrote to culture secretary Oliver Dowden to ask for public funding for the trust to be stopped until it apologised.

Meanwhile, critics claimed that public anger about the report was behind a decision this week to cancel the annual general meeting of the National Trust.

But in a bid to tackle the critics, the Sunday Express has discovered that the trust’s controversial director general Hilary McGrady has asked the leadership  of the Common Sense group to come to Chartwell.

The aim of the visit will be to show the MPs the recently completed £7 million refurbishment of Churchill’s former home and the way it celebrates his life as a national hero.

Sir John told the Sunday Express: “It would be ungracious not to agree to the meeting and tour. I hope we can tackle the radical group running the National Trust.”

In a recorded message published by the Sunday Express last week, Ms McGrady insisted that the National Trust had no political agenda in publishing the report and it had been misunderstood.

he admitted she “can understand” that people are concerned that the National Trust has become “an organisation with a political agenda and one which wants to tell a certain version of history.”

She went on: “I can simply say we are not. We are the National Trust here to protect places of historic interest and natural beauty for the benefit of the nation.”

She added: “I believe though that part of that benefit and obligation is to tell all of the story not just the bits we feel comfortable with.

“What I am clear though is that it isn’t our job to pass judgement and we most certainly do not criticise people for what they did or why they did it. Those that do so are making their own judgements.”