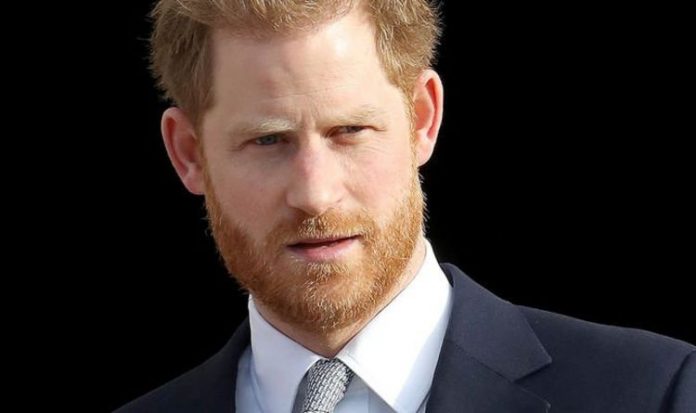 Prince Harry spoke about online trolls and people “hurting” unleashing their rage behind the screen. Taking part in the popular Teenager Therapy podcast with Meghan, the Duke of Sussex said: “What I’ve seen so much over the years is people hiding behind usernames on the online space.

“There are things that are said digitally that nobody would say in person, of course.

“But I think there’s a lot of projection that happens as well, I think many, many people are hurting, a lot, and are freaking out because of the way the world is and because of, sometimes, the echo chamber that has been created for them by the online platform that they’ve chosen to be on.

The Duke conceded it is easy to get involved in online hate.

However, he added, people have the choice to turn off the noise – as he has learned to do.

He said: “I think it’s very easy to be sucked in and consumed by negativity, but we all have the choice to be able to cut that out of our lives.

“Hate following has become a thing, you don’t need to do that.

“Just as much as we worry about, be concerned, and take notice of what we put in our bellies as a diet, the same applies for our eyes and our mind, what we’re consuming is affecting us.

“For me, I made the choice not to read it, not to see it, and to remove myself from that, and to very much focus on the uplifting and the hopeful side.”