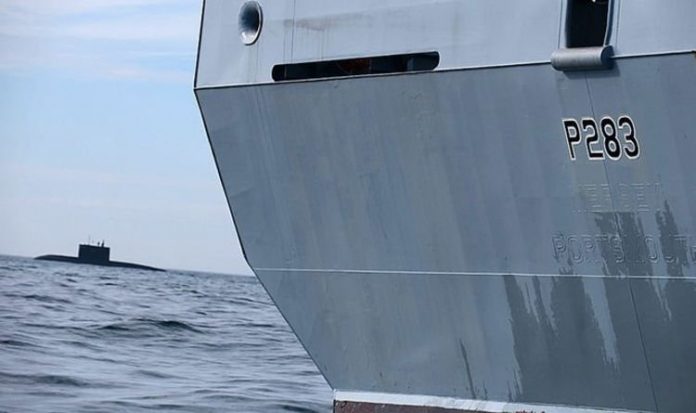 Portsmouth-based patrol ship HMS Mersey tracked the sub’s progress in the North Sea and the English Channel. The Kilo-class diesel-powered RFS Rostov Na Donu surfaced during its journey from the Baltic to the Mediterranean.

A navy spokesman said: “Mersey reported on the movements of the Russian Black Sea Fleet submarine, so that Nato allies could track her progress as she continued her onward journey.”

HMS Mersey’s Lieutenant Commander Will Edwards-Bannon said: “All of us are very proud of the part we play, here in our home waters, in fulfilling the Royal Navy’s role of protecting our nation’s interests.”

Mersey was also on duty when the attack sub made the reverse journey in October, returning from operations in the Med.