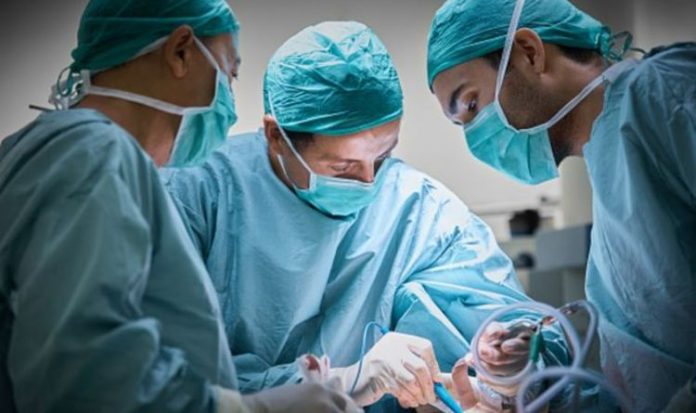 The September figure is the worst since 2008 and more than 100 times higher than the 1,305 people waiting that long in the same month last year. The total number waiting for planned operations or procedures was 4.35 million, including 1.72 million who have been waiting more than the target of 18 weeks.

He said: “It is tragic to see so many lives put on hold. Each statistic represents someone waiting patiently, potentially in pain, for the treatment they need to get on with living an independent life.

“We still have a tough winter to get through but, looking ahead to next year, our ambition must be that no one should have to wait more than a year for surgery again.”

The total number admitted to hospitals for routine treatment was 209,562, down 27 percent in September compared with the same period last year.

This was an improvement on the summer, when the year-onyear decrease was 55 percent in July and 43 percent in August.

Tracey Loftis, of the Versus Arthritis charity, described the figures as appalling and said patients were enduring “agonising waits”.

She said: “We’re currently seeing some NHS trusts across England entirely pausing elective surgery because of the pressures of the pandemic’s second phase.”

Macmillan Cancer Support saw “encouraging improvements” in cancer test referrals and those starting treatment, but said the number who saw a specialist from March to September was still almost 340,000 lower than last year.

Policy director Steven McIntosh said: “Generally, people are waiting longer to see a specialist for suspected cancer than they were last month.

“Rising coronavirus rates now risk making this worse in the face of an already significant backlog.”

Charity the Health Foundation warned of a hidden backlog of patients not yet added to waiting lists, saying 4.7 million fewer patients were referred for hospital care in the first eight months of this year compared with 2019.

Chris Hopson of trusts body NHS Providers said: “While acknowledging the real urgency of addressing delays, it’s important too to recognise that the NHS has managed to keep a great deal of work on track while dealing with the second spike in Covid cases.”

NHS England said overnight planned operations were back to 80 percent of usual levels by the end of October, CT scans at 100 percent and MRIs at 88 percent.

A spokesman said: “The public can play their part by continuing to help stop the spread of the virus.”