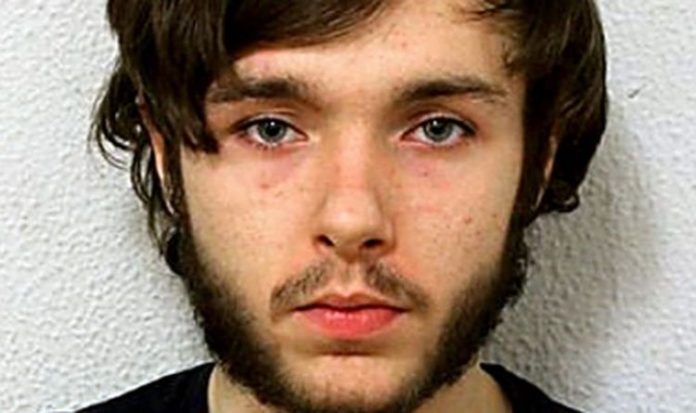 They include 57 sex offenders and 328 convicted of violent acts. Over the last year alone, more than 100 criminals who should have been returned to jail are still at large, the Prison and Probation Service figures show. They include seven of the 12 most wanted offenders in London, who breached their prison licence conditions.

The Met Police is appealing for the public’s help to trace its most wanted violent criminals.

Stephen Rice, 41, who was wanted on recall to prison after breaching his licence conditions, was arrested last Sunday and returned to prison to finish a sentence for multiple violent offences, including threatening a victim with a knife and throwing a brick at them in Bexley in January 2016.

A Met Police spokeswoman said: “The suspects are classed as ‘high harm’ – either wanted in connection with violent offences or known to have a violent background.”

Among offenders who should be back behind bars is Eddie Spagnol, 22, from Ilford, east London. He is wanted on recall to prison for breaching licence conditions after an early release from a GBH sentence for a stabbing in Dagenham in December 2017.

Mark Moloney, 23, is wanted on a recall to prison and for a jewellery robbery while on a moped that took place in central London in May 2019. Meanwhile, Adam Marsh, 36, is wanted on recall to jail for breaching conditions after early release from a sentence for GBH and assaulting a police officer in Ealing in 2017.

Figures show around 24,000 ex-prisoners serving their sentence in the community had licences revoked between October 2019 and September 2020. However, 109 of them were never arrested and sent back to jail to finish their sentence – and remain at large.

It brought the total number of offenders who were recalled to prison, but never found, since April 1999 to 1,957.

However, the PPS has admitted losing track of the real total. A spokesman said: “The overwhelming majority of recalled offenders are quickly picked up. We work closely with the police to locate offenders who have been recalled and over 99 per cent of them are returned to prison.

“The number not brought back to jail includes some who have long since died or been deported because we are not always informed when this happens.”

Met Police Superintendent Claire Smart said: “If you know where any of these offenders could be then I urge you to pass any information to us as soon as possible.”