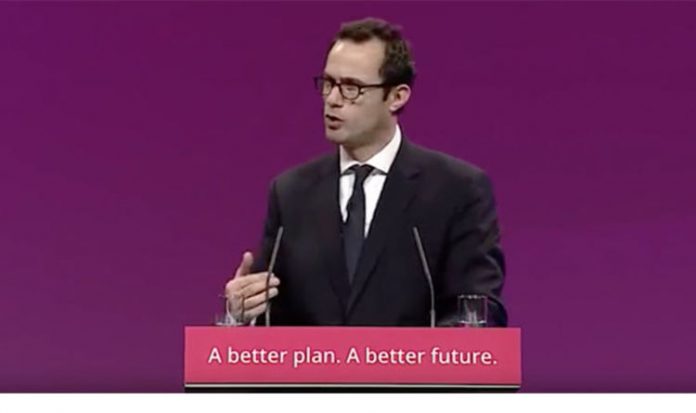 A new centrist party called United for Change has lost its chief executive ahead of its launch, scheduled for next year, who has left to form his own splinter party.

United for Change, which is reported to have attracted £50million worth of investment, declared itself as an “alternative to the divisive and extremist politics we see at Westminster”.

Former chief executive Adam Knight, who also co-founded the party, has taken some of his staff with him after disagreements over tactics and is provisionally calling his rival party Twelve Together, a reference to the twelve UK regions.

He said: “In the end United for Change considered two potential strategic directions.

“The first was to take advantage of political instability surrounding Brexit to launch a political party around which the public, and maybe parliamentarians, could congregate as quickly as the beginning of 2019, whilst the second was to take a longer look at what it might mean to develop a new type of political organisation.

“We tried for a while to see if the two approaches could coexist, but it became clear that, while overlapping in places, they represented a fundamentally different style of leadership, set of values, timeline, and programme of activity.

“We decided in the end the best thing to do would be for United for Change to focus on launching next year, with another group looking a the potential for a long-term approach.”

Mr Knight co-founded United for Change with Simon Franks, an entrepreneur who set up LoveFilm, who is said to have brought in the huge financial investment, as well as putting in a seven-figure sum himself.

Leading Labour opponents of Jeremy Corbyn, like Chuka Umunna, have distanced themselves from the venture and other MPs have questioned Mr Franks’s motives, some suggesting his aim is just to advance his own political career.

One senior politician said: “He appears to think he can be Britain’s answer to Emmanuel Macron.”

Mr Knight meanwhile, who is an Anglo-Canadian banker with Credit Suisse, dabbled in politics before when he ran as an independent in the Witney by-election following David Cameron’s departure from the Commons.

He still emphasised the shared goal he had with party he left behind, saying: “I think everyone in United for Change shared the same diagnosis of the issue, which is that the status quo is essentially broken and no longer works for the majority of the country.

“In the absence of existing systems doing what they need to do there needs to be change – and change needs to involve new people and new approaches.

“Everyone’s aware that the barriers to entry are formidable and the team spent a lot of time trying to play a path which might be able to challenge the status quo.”

Since the Brexit referendum, there have been a number of different pro-EU parties set up.

Liberal Democrat leader Vince Cable recently received criticism for missing a key Brexit vote in Parliament, because he was attending a meeting to discuss a new centrist party.