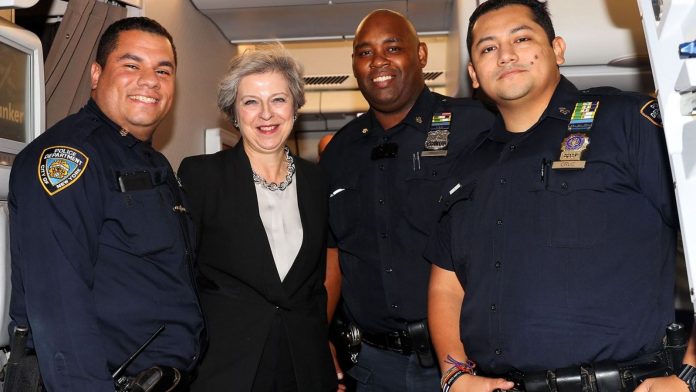 Three New York police officers came to the rescue of a group of stranded Downing Street aides after their bus broke down.

The cops were rewarded with a photo alongside the prime minister on her official jet.

A bus carrying 11 of Theresa May’s top team broke down in the fast lane of the highway as her official motorcade sped towards the airport after leaving the UN General Assembly in New York.

As Mrs May took her seat in the front cabin of her Royal Air Force jet, chief of…