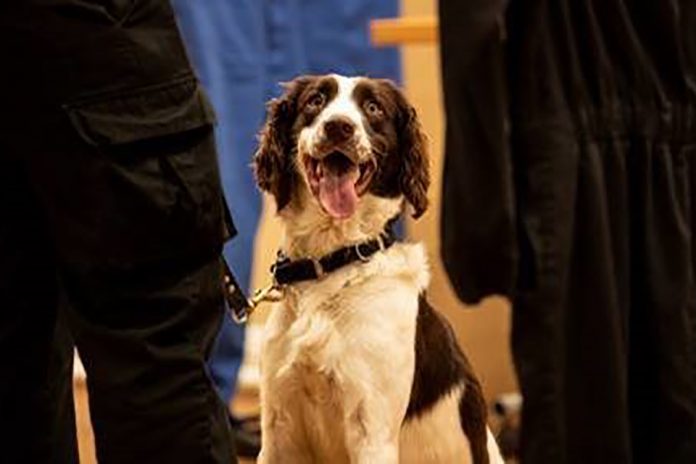 The new pack adds to the 630 dogs already in place across the estate which have proven to be crucial in the battle to keep illegal drugs, phones and tobacco out of our prisons.

In the past year alone more than 2,000 illegal items, including over 100 kilograms of drugs such as heroin, cannabis and spice, have been stopped from getting onto the wings by drug dogs currently in post. The new dogs are expected to aid this work even further.

Over 50 prisons are set to receive their new additions by March next year – with Bedford, Lewes, Norwich, Rochester and The Mount among the first in line. Each dog will be paired with their own dedicated handler, specially trained in detecting contraband items and further boosting the frontline.

The smuggling of contraband into prisons puts hardworking staff at risk and undermines attempts to rehabilitate offenders.

These dogs and their handlers will make prisons safer, more secure and ultimately better environments for rehabilitation.

Training for the latest cohort is currently underway, with the dogs having to complete multiple courses and assessments before being posted to the frontline. Their handlers, who are trained prison officers, will also have vigorous training and be re-assessed with the dogs yearly.

Drug dog handler, Nick Hayes who is based at The Mount, said:

Drugs dogs are a great proactive tactic to address the conveyance of illicit items into our prisons.

They are a force for good and such a powerful tool which can be used to keep all of us who live and work across the estate safe.

The dogs and handlers are being funded by the government’s £2.75 billion commitment to transform the prison estate. This includes:

List of sites which will receive funding for dogs and handlers: