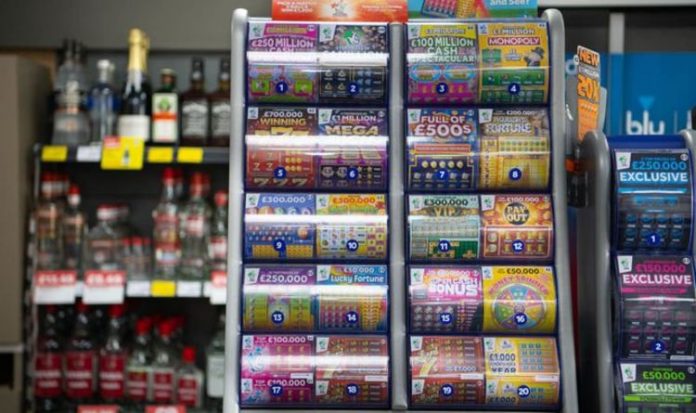 Sir Keith Mills, who is leading the bid, said: “Unless the National Lottery is reinvigorated it will go into a decline.” But National Federation of Retail Newsagents president Stuart Reddish said: “Since its launch, the National Lottery has been about supporting local communities. “Thousands of news and convenience stores have worked hard to provide access to draws and scratchcards for those who want to have a flutter while supporting good causes.

“Taking the lottery online makes no sense at a time when the British public have been rediscovering the benefits of shopping at their local convenience stores. The proposals would amount to a major kick in the teeth for the very community retailers who, over the last 27 years, have made the Lottery the success it is.”

Camelot has run the National Lottery since its inception in 1994. The firm claims it has Europe’s largest online lottery by revenue.

Sir Keith told the Financial Times the current operator had “not kept pace with change” as online gambling lured away millions of younger customers. He added that the money raised for good causes “has plateaued”.

But Mr Reddish said: “From Sir Keith’s comments, it sadly appears that Sazka sees the National Lottery as a global gambling money-spinner, supported by big business and investment companies and distant from the players, retailers, and communities that it is supposed to support.

“The NFRN welcomes dialogue with anyone wishing to bid for the lottery. We represent a large number of outlets, so anyone bidding for the new licence will need to work with us.”

The National Lottery licence has been described as one of the most valuable government franchises on offer. The Gambling Commission will get initial proposals in April, with a preferred bidder set to be named in September.

Camelot beat off competition in three prior licence contests.

But a drop in sales as well as fines from the regulator of more than £4million in recent years have created uncertainty.

Warwick Bartlett, chief executive at Global Betting and Gaming Consultants, said: “A pitch that will demonstrate increased sales against a backdrop of politicians trying to rein in the appetite of consumers to gamble could be tricky.

“It may come down to economy of scale and how one operator is prepared to trim costs against another.”