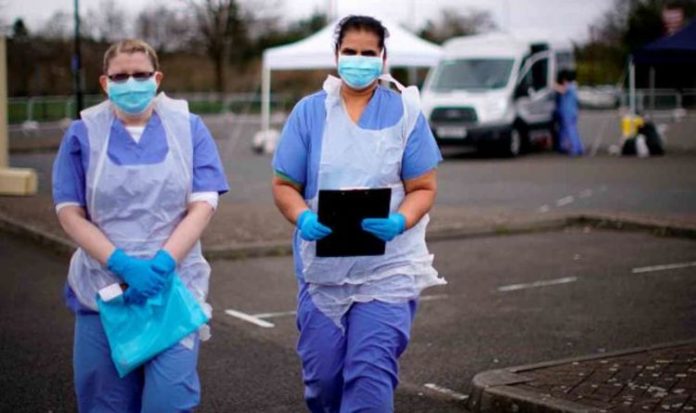 The roll-out of these new centres could happen within the next 10 days. Chief executive of the NHS Simon Stevens said the new 24-hour vaccination centres would be at first a “test”. If successful they would then be expanded.

The chief executive did not say whether the appointments for the new centre would be for the wider public, or just NHS staff.

However, a source told the Daily Mirror last week that the new facilities would be for staff.

Speaking to the BBC today NHS England chief executive Sir Simon said: “We will start testing 24/7 in some hospitals.

“This will happen over the course of the next 10 days.

READ MORE: Tier 6: Areas with highest Covid rates – but will they go into Tier 6?

The chief executive said more than one-half of over-80s have now been vaccinated.

He also said the number of mass vaccination centres had risen this week from 10 to 17.

However, this is a u-turn from his comments last Monday when the Prime Minister’s spokesman claimed there was not a “clamour” for late appointments.

The spokesman said that this was because the jab at the moment is being rolled out to the elderly.

The Government’s position changes, as on Wednesday Mr Johnson said: “We’ll be going to 24/7 as soon as we can.”

He then promised an update on the 24-hour vaccination facilities “in due course”.