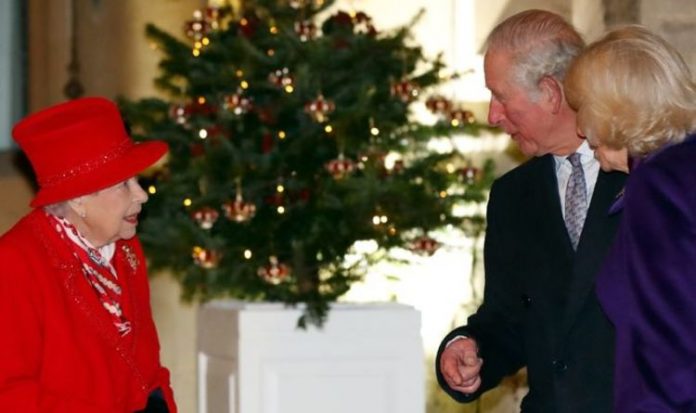 The Queen reportedly had issues with accepting Camilla at first because of the role she played in the breakdown of Prince Charles and Princess Diana’s wedding. But long before the Prince of Wales began an illicit affair with the now-Duchess of Cornwall, Her Majesty is believed to have pushed for the pair to be separated. According to Channel 5’s new documentary ‘Before They Were Royals’, the Queen and other concerned members of the Royal Family intervened to keep the Prince of Wales apart from his then-girlfriend.

Narrator Glynis Barber said: “During 1972, the relationship is said to have blossomed.

“But some commentators say their relationship came under scrutiny by senior members of the Royal Family, including one of his mentors and closest people to him – his great-uncle, Lord Mountbatten.

“At the time they were first seeing each other, some royal observers said senior members of the Royal Family were not happy with the relationship.”

Royal commentator Katie Nicholl claimed the Palace pushed for Prince Charles to be deployed abroad for eight months in a bid to crush his relationship with Camilla.

JUST IN: Meghan Markle’s dad to follow Samantha with tell-all film on Duchess

Ms Nicholl said: “It was really the Palace who made sure this fledgeling, six-months blossoming romance never really got off the ground.

“Charles was very deliberately sent to the West Indies with the Royal Navy where he was posted for eight months.”

Biographer Tom Quinn said Charles had broached the subject of making Camilla his wife with Lord Mountbatten but had been advised against.

Camilla had been known in royal circles for her party-loving behaviour and some members of the family feared her past could become an issue for the Prince of Wales.

After Diana agreed to an unprecedented interview with BBC Panorama, in which she admitted to cheating on Charles as he had on her with Camilla, the Queen personally intervened and ordered the pair to divorce.

Prince Charles is believed to have had plans to introduce Camilla to his sons and to the public as his girlfriend as early as 1997 but had to postpone the plans because of Diana’s death that year.

The Prince of Wales and Camilla made their first public appearance together in 1999 and married in 2005.

Camilla opted not to become known as the new Princess of Wales, taking on one of Charles’s auxiliary titles and becoming the Duchess of Cornwall.