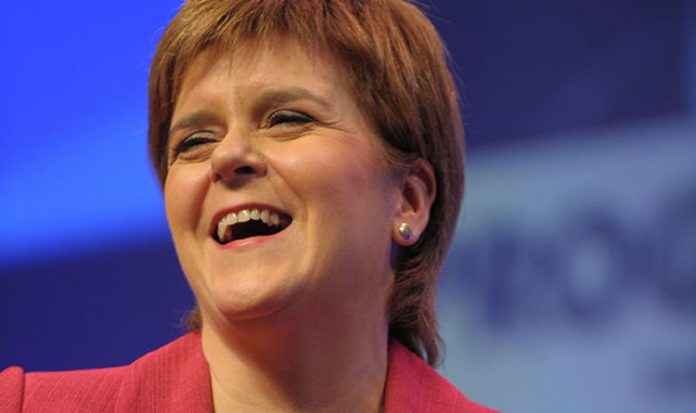 “This UK government is in utter chaos and ebbing authority by the day. What a shambles.”

The previous day she had tweeted: “It simply underlines the fact that if UK is leaving the EU (which I wish it wasn’t) the only workable solution is to stay in single market and customs union.

“As I said yesterday, it’s very much ‘game on’ for that now.”

Prime Minister Theresa May unveiled the agreement thrashed out by ministers on Friday after a marathon cabinet meeting at Chequers, with commitments to a “common rulebook” with the EU for all goods, as well as an agreement to “ongoing harmonisation” with the bloc.

Prior to the meeting, Mrs Sturgeon had called on Mrs May to confront the hardline Brexiteers in her cabinet.

After the proposals were published, Mrs Sturgeon initially offered them a cautious welcome, tweeting: “There is more realism in it than we’ve seen before from UK government (though that’s not saying much!) – so, to that extent, hopefully a step forward.

“However still massive unresolved questions about acceptability to EU (it still reads like cherry picking and an attempt to divide four freedoms), deliverability (given the sheer complexities), and desirability (especially around impact on services – a real and profound concern).

“And, of course, it still remains to be seen if PM can hold her dysfunctional party together on it.”

Mr Blackford, leader of the SNP Westminster Group who led a walkout of MPs during Prime Minister’s Questions last month, gleefully added: “It took the Tories two years to come up with a proposal and two days for it to fall apart!”