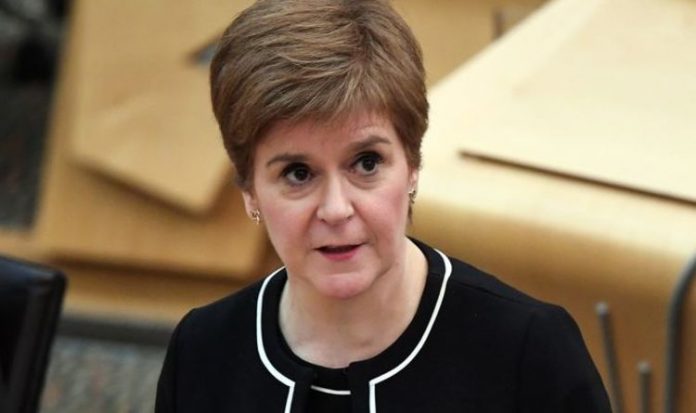 “Spain has made it very clear that they do not want the EU to be used to the benefit of successionist movements.

“That is an entirely understandable position that they are taking.”

Dr McCrae also highlighted some key trends he has seen among member states in the European Union recently.

He said: “I think what we are seeing, generally in Europe, is a rebirth of national identity.

“These countries see that the EU is detracting from that sense of nationhood.

“Anything that suggests countries can be encouraged to break up and become part of this pan-European superstate rather than be part of their historical place in Spain, Great Britain or wherever, I think there is going to be a lot of pushing back against any successionist movement, or suddenly be able to arrive in the EU as an independent country.”

Prime Minister Boris Johnson has repeatedly said he would not grant Scotland a referendum on independence and insisted they would not have one as long as he is in power.

Despite the comments from the Prime Minister, the most recent polls in Scotland have suggested the Scottish people may be in favour of leaving the Union.

Since the Brexit vote in 2016 Ms Sturgeon has been clear in her arguments against cutting ties with the European Union.

She has insisted that as leader, she plans to have Scotland become independent and then rejoin the bloc and restore some of the ties lost from Brexit.

While speaking to Andrew Marr she said: “My position is I want Scotland to be in the EU. Now we have to set out if we’re in an independence referendum, and we’re not in that right now, the process for regaining or retaining, depending on where we are in the Brexit process, EU membership.

Ms Sturgeon has repeatedly demanded another Scottish independence referendum to start this process.

The Scottish First Minsiter has said she will fight for independence ahead of the Holyrood elections next year.