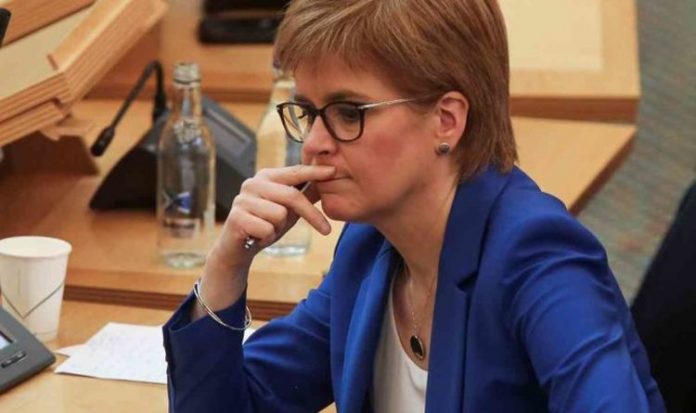 The comprehensive result comes after Boris Johnson said a vote on Scotland quitting the Union should be a “once in a generation opportunity” – with the next due in around 2055. Mr Johnson was responding to Scottish First Minister Nicola Sturgeon after the SNP outlined new IndyRef2 vote plans. The SNP warned they could hold another vote as early as this winter – a proposal that received short shrift from the PM.

He said during a visit to Scotland last week: “To say you want a referendum is a bit like saying you don’t mind what you eat provided you eat it with a spoon. What’s it all about?

Using the gap between the UK’s two referendums on EU membership, he said Scotland could reasonably expect another until 2055.

A staggering 88 percent (8,902 people) agreed with the Prime Minister that Scotland should not have independence until 2055.

Yesterday, the SNP announced there could be a second independence referendum by Christmas 2021.

The Scottish Government is expected to pass a referendum bill in June.

Mr Russell said: “Best practice suggests that six months should expire between the legislation and the referendum.

“That is because electoral administrators need time to put in systems, but I do hope the new parliament moves without too much delay to that.”

One Express.co.uk reader commented: “The next referendum should include everyone in the union, not just the Scots”.

Another said: “So you will have a referendum every year until the SNP get the result they want?

“They have so much in common with Brussels on democracy!

“If you do get independence then, of course, you will immediately let Shetland and Orkney have theirs from Scotland?”

One reader did not see the SNP being successful.

The reader said: “As more people in Scotland voted for Brexit than voted for the SNP surely if the elections are true and fair, the SNP don’t stand a chance.”

But another reader said: “Scotland is a free nation.

“Freedom means, Scotland has the right to decide what is best for them.”