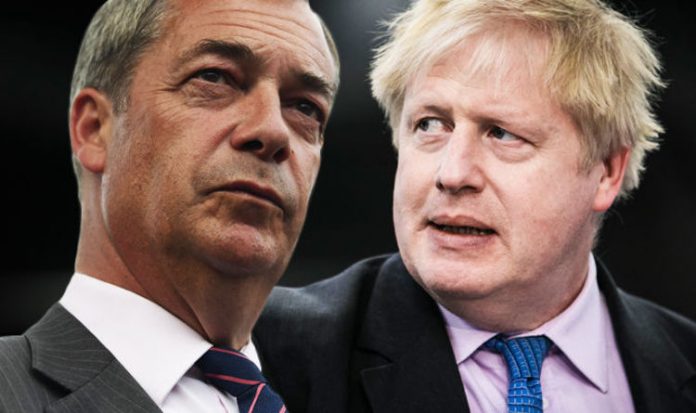 Our forebears made great sacrifices in military operations such as this in order that future generations could live in a democracy and enjoy a range of freedoms including the right to free speech – a right which comes with an in-built licence to offend.

Yet as the current row over Boris Johnson’s remarks about the burka shows, this precious privilege is being eroded at a rate of knots.

I wonder how many of those who are now jumping up and down calling for Johnson to have the Conservative whip withdrawn, or to be expelled from the party altogether, actually read his original Telegraph article which has apparently offended them so much. Had they done so, they would surely remember that he states he does not believe the burka and niqab should be banned in Britain – a ban which is already in full force in EU nations like France, Germany, Denmark, Austria and Belgium.

Having set out his liberal position, he then augments it by taking up the feminist argument that he thinks it is “oppressive” to force women to cover their faces in public. For emphasis he offers his opinion that it is “weird” and “bullying” to expect them to do so. And then he says it is “ridiculous” that women should go around “looking like letter boxes”.

Absurdly, this opinion has been seized upon as “Islamophobic” or “racist”. An essentially liberal commentator is being pilloried for expressing his belief using, what I accept, is rather playful language. But to suggest he should be kicked out of his party is nothing but lunacy. To Boris I say: stand firm.

If those who have taken up the fight against Johnson really thought about the road they are now going down, I think they would revise their decision to jump on this particular bandwagon. For the reality is that it is their position that is illiberal, not Johnson’s.

These politically correct zealots believe that the offence which – I am the first to admit – they have every right to take trumps Johnson’s right to express his opinion on this very important matter.

Well it doesn’t. That is not how democracy works. What is more, if they were being honest, I think most of them recognise that fact.

Taken to its logical conclusion, the anti-Johnson brigade’s stance would mean that nobody is allowed to offer their view on any matter in case it causes offence. Is that really the kind of country we want to live in? Remember – ironically, we are talking in this case about a politician who has stated he thinks it illiberal to ban the burka.

This is in keeping with his wider judgment that immigration into Britain is a positive thing and his own genuine interest in and curiosity about the world’s many different cultures.

Having established that Johnson is on the liberal wing of his party, we must deal with the question of why he chose to use his column to tackle the complicated topic of Muslim women’s clothing. His comments were carefully thought through, written down and then published.

They were by no means off the cuff. (In making them, he was echoing similar comments expressed in recent years by Jack Straw, Ken Clarke, Anna Soubry, Harriet Harman and Emily Thornberry among others, by the way).

He made them because he knew they would trigger a debate. And there should be one. For too long, the issue of women covering their faces in public – which Johnson also pointed out is a cultural phenomenon rather than a religious edict – has been swept under the carpet.

The prime minister and the Tory Party chairman, Brandon Lewis, may claim not to like what Johnson said. And parts of the mainstream media may be against him mentioning it as well. But if you go out into the country and talk to people, it is clear that there are widespread concerns about some Muslim women’s head dress.

Indeed, polling suggests that more than half the population wants the burka banned. (Remember – Boris Johnson rejects this idea as illiberal). I’d be willing to bet you many others feel uncomfortable about it as well. What this confirms is that out there in Middle England, people will not be offended by what he said.

If anything, they will thank him for saying it. He has certainly increased the likelihood of becoming Conservative Party leader by speaking out on a matter which clearly troubles millions of people.

We live in a country that used to believe passionately in free speech. As we all know, even when exercised with care and responsibility, free speech can and does offend some people. But timid politicians who take the easy option and prefer not to tell people what they really think about things like the burka are killing this vital right.

By allowing politics to become too PC, they are damaging democracy in such a way that it will be extremely difficult for future generations to repair, ultimately condemning them to a society where nobody is allowed to be honest about anything.

They should reflect on what a depressing and shameful legacy this will be compared to those young men who gave their lives a century ago on the battlefields of France. As for Johnson, he must stick to his principles. Don’t say sorry, Boris, you have nothing to apologise for.