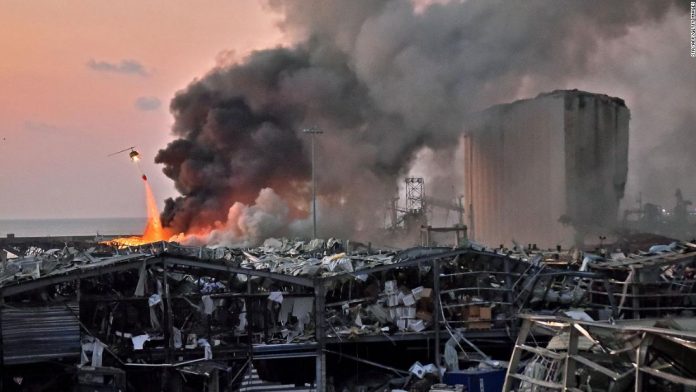 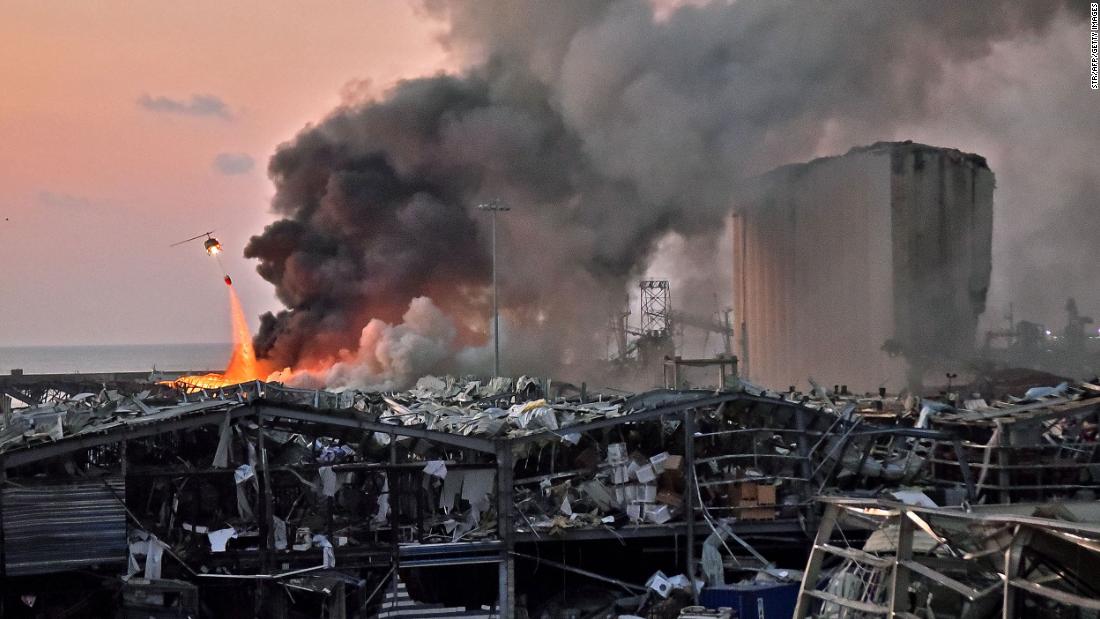 Three US Defense Department officials told CNN that as of Tuesday night there was no indication that the massive explosion that rocked Beirut on Tuesday were an “attack,” contradicting an earlier claim from President Donald Trump.

While speaking to reporters at the White House on Tuesday, Trump offered sympathy and assistance to the people of Lebanon after the explosion, which left dozens dead and thousands injured and he referred to the incident as a “terrible attack.” An estimated 2,750 tons of ammonium nitrate stored in a warehouse in the Port of Beirut exploded Tuesday, causing destruction throughout the Lebanese capital. As of Tuesday night, at least 78 people were reported killed and 4,000 injured.

“Let me begin by sending America’s deepest sympathies to the people of Lebanon, where reports indicate that many, many people were killed, hundreds more were very badly wounded in a large explosion in Beirut,” Trump said. “Our prayers go out to all the victims and their families. The United States ready to assist Lebanon.”

But the defense officials, who declined to be identified so they could speak freely, said they didn’t know what the President was talking about.

One official said that if there were indications anyone in the region pulled something off of this scale, it would trigger automatic increases in force protection for US troops and assets in the region — if for no other reason than worry about retribution attacks.

That official noted that none of that has happened so far.

There were conflicting reports on what caused the explosion, which was initially blamed on a major fire at a warehouse for firecrackers near the port. The director of the general security directorate later said the blast was caused by confiscated “high explosive materials,” but did not provide further details.

Lebanese officials have not called the explosion an attack.

But during his briefing on Tuesday, Trump did not shy away from implying that Beirut had been targeted.

Trump said the US has a “very good relationship with the people of Lebanon and we will be there to help.”

“Looks like a terrible attack,” Trump said, appearing to look up from notes on his podium.

Asked if he was confident if the explosion was an attack and not an accident, the President said it “seems like” it was, based on what US military officials have told him.

“It would seem like it based on the explosion,” Trump said. “I’ve met with some of our great generals and they just seem to feel that it was not a — some kind of manufacturing explosion type of event. This was a — seems to be according to them, they would know better than I would, but they seem to think it was an attack. It was a bomb of some kind.”

The post US defense officials contradict Trump: No indication yet of attack in Beirut appeared first on CNN.