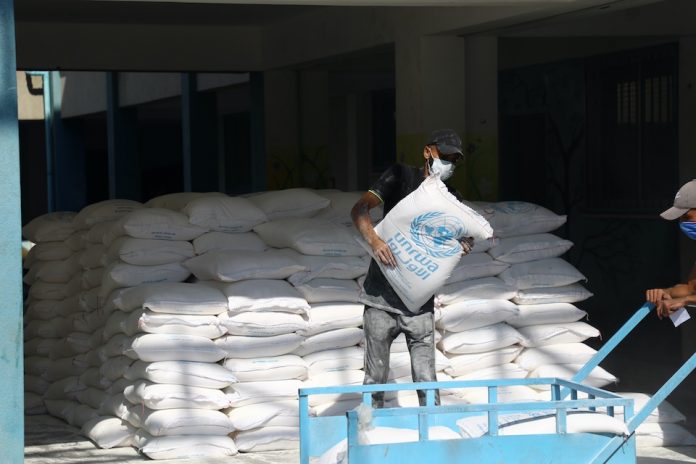 Thank you Mr President. As others have done, I’d like to thank Special Coordinator Wennesland for his briefing, and welcome him to this new role. Thank you also to the Secretary-General of the League of Arab States for joining us today, and for his briefing.

Mr President, let me start by welcoming President Abbas’s announcement of dates for legislative and Presidential elections in the Occupied Palestinian Territories for the first time since 2006. We encourage the Palestinian leadership to work toward strong, inclusive, accountable and democratic institutions, based on respect for the rule of law and human rights. Free and fair elections are an important and necessary step.

Turning to the conflict, Mr President, I should first reiterate the United Kingdom’s longstanding position on the Middle East Peace Process: we support a negotiated settlement leading to a safe and secure Israel living alongside a viable and sovereign Palestinian state; based on 1967 lines with agreed land swaps, Jerusalem as the shared capital of both states, and a just, fair, agreed and realistic settlement for refugees. The UK supports existing UN Security Council Resolutions as a basis for this settlement, including UN Security Council Resolution 2334.

With our commitment to the two-state solution in mind, Mr President, we condemn the Government of Israel’s decision on 20 January to award tenders, and thus proceed towards construction of settlement units in the prospective East Jerusalem settlement of Givat Hamatos, an extremely sensitive area of the West Bank. Settlements are illegal under international law, and remain an obstacle to peace, and a threat to the two-state solution. The decision undermines the potential for future peace talks. The UK has also expressed concern at the additional 3,900 settlement units that have been advanced across the West Bank throughout January. We again urge Israel to immediately cease settlement expansion in the West Bank. And we remain concerned by demolitions and evictions of Palestinians from their homes.

Mr President, we condemn the murder of Esther Horgan, in a suspected terror attack by a Palestinian suspect on 20 December in Tal Menashe. The UK is clear about our condemnation of all acts of terrorism, which gravely undermine the prospects for peace. Equally, we condemn all violence by Israeli settlers against Palestinians.

Mr President, this month also saw the firing of rockets on 17 January from militant groups in Gaza. The UK condemns the firing of rockets towards civilian populations. Any attacks targeted against civilians are unlawful and unjustifiable. The UK continues to encourage actors to put forward long-term sustainable proposals, to resolve the threat posed to Israel’s security by Hamas, Palestinian Islamic Jihad and other militants in Gaza. We call upon Hamas and other terrorist groups to permanently end their incitement and rocket fire against Israel. We continue to urge the parties to prioritise progress towards reaching a durable solution for Gaza. And we encourage Israel to take the necessary practical steps to ensure Gaza’s reconstruction and economic recovery.

Mr President, as we have consistently done, we join the US and other Council members today in rejecting unilateral action on both sides.

The UK has been a strong supporter of recent Arab-Israeli normalisation agreements. Normalisation changes the regional context, and presents opportunities for moving ahead with material benefits and new partnerships, to help deliver long overdue Israeli-Palestinian peace.

Mr President, a two-state solution is the only viable long-term solution. It is the only way to permanently end the Arab-Israeli conflict, deliver Palestinian self-determination, and preserve Israel’s Jewish and democratic identity.

We echo the incoming US administration’s hope that the process will unlock options for advancing a two-state solution. We look forward to working with them, alongside regional partners and the Israeli and Palestinian leaderships to seize this positive momentum – helping deliver greater regional prosperity and security, and progressing a solution to the conflict. We continue to support that goal.