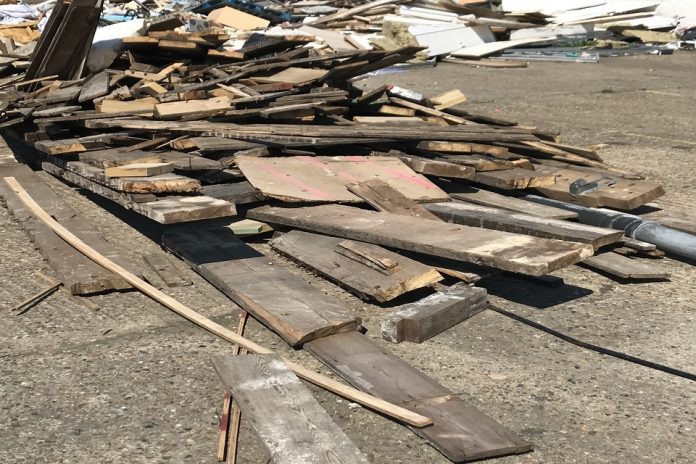 A Northamptonshire woman has been convicted for allowing her vehicle to be used in the illegal dumping of waste in Edmonton.

Kathleen Stokes, 41, previously of Dun Roamin Park, Whitfield, Brackley, appeared at Highbury Corner magistrates’ court on 28 September 2020 for knowingly causing the dumping of waste on Stonehill Business Park, Edmonton. Stokes had no permit or exemption in place for allowing such activity.

The Environment Agency prosecuted Stokes as part of Operation Angola – a joint effort by the Environment Agency and other bodies to target gangs of criminals who dump significant amounts of waste across the south east. In this case, investigations around Edmonton revealed Stokes to be the registered owner of a tipper truck used in illegal waste activity.

The court heard how in March 2018, an environmental crime officer attended an illegal encampment at Unit 8, Harbet Road, Edmonton. Several caravans and associated vehicles were seen alongside a large amount of deposited waste.

Whilst on site, a grey tipper truck was seen driving past, filled with wood-type waste. Later the same day, the officer attended Ravenside Retail Park, which is a short distance from Unit 8. Parked up, unoccupied in the Maplins car park, was the same grey tipper truck. A piece of traceable waste was added to the existing waste by the officer, including a handwritten note stating the date and location.

On 18 April 2018, the officer attended Unit 8 again, which, by this time, had been vacated and was unoccupied. It was obvious that further waste had been left since 8 March. The officer recovered from one pile of rubbish the traceable item of waste that encased her handwritten note. This confirmed her suspicions that the load was the same one discovered on the tipper truck the previous month.

Enquiries were made with the DVLA re the ownership of the vehicle. The DVLA advised the Environment Agency that the van had been acquired by Kathleen Stokes, then of Dun Roamin Park, Whitfield, Brackley, and that she remained the registered keeper.

Where a vehicle is used to unlawfully deposit waste, the person in control of the vehicle, or in a position to control it, is deemed criminally liable for the deposit of the waste.

Through the persistent intervention of our officers, the Environment Agency has seen a reduction in the number of offences linked to Operation Angola. Our conviction of Stokes shows we pursue law-breakers from the crime to the courtroom.

Stokes pleaded guilty to one breach of the Environmental Protection Act 1990, in that a vehicle registered to her was used in the dumping of waste. She was fined £200, and ordered to pay costs of £2,000 and a victim surcharge of £30.