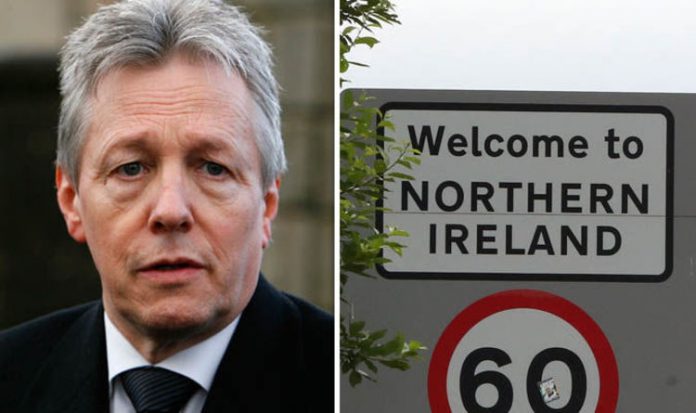 Mr Robinson said everyone who doesn’t want to discuss the eventuality the majority of citizens would opt for a united Ireland in a Border poll is talking “claptrap”.

The former First Minister branded as “chloroformed” those who, he said, don’t want to speak about the referendum itself and its possible outcomes.

He said: “Not only are they advising us not to talk about a Border poll, but they don’t want us to even talk about the subject matter at the heart of such a poll.

“Do they not realise that the battle is raging? We live in a society divided by identity, so to some extent the union is always under fire.

“But surely, nobody could be so chloroformed that they don’t recognise that the opponents of the union are charging our lines like seldom before.”

This scathing attack follows a speech he held last week at the MacGill Summer School, where he argued the North should prepare for the possibility of a united Ireland, he described his critics as “chloroformed”.

There, Mr Robinson said he didn’t believe the majority of citizens living in Northern Ireland would vote to leave the UK in a potential poll.

But he didn’t think this was a reason good enough not to prepare for the eventuality.

He said: “I don’t expect my own house to burn down but I still insure it because it could happen.”

The former First Minister received a major backlash for his comments and was heavily criticised by DUP MP for East Antrim Sammy Wilson.

Answering to his latest attack, Mr Wilson described Mr Robinson as a “formidable advocate” for the union, but said on the issue of a poll he was “just plain wrong”.

He added: “It is not enough to say that a referendum is coming, so prepare the terms in case we lose.

“Churchill knew that the Nazis were coming after Britain when they defeated France in 1940 but he didn’t prepare terms for the event of a successful invasion, he rallied the people by telling them to prepare to fight on the beaches and in laneways and in the street and to never surrender.

“That’s a far better strategy and that is what I am hearing from unionists who I speak to and who are alarmed at the talk of an inevitable referendum and the possibility of losing it.”

The Belfast Agreement, also known as Good Friday Agreement, states Northern Ireland can hold a Border poll “if at any time it appears likely to him that a majority of those voting would express a wish that Northern Ireland should cease to be part of the United Kingdom and form part of a united Ireland”.

While on Monday she said the Border poll should be put on hold until the “dangers” posed by Brexit are mitigated, on Tuesday she said the British government should allow Northern Ireland resident to vote in the event of a hard Brexit next year.