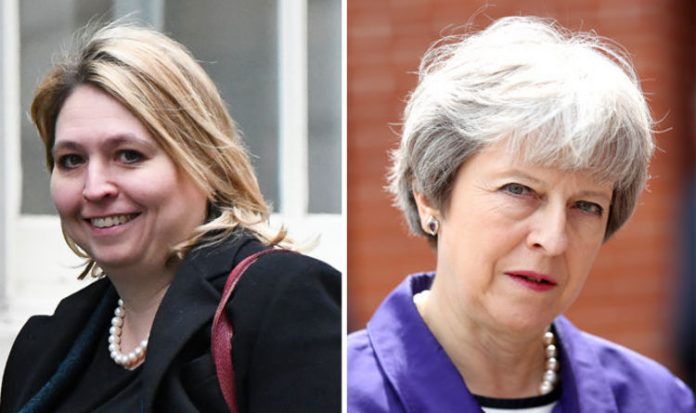 In a shock confession, Ms Bradley revealed she used to lack basic knowledge about the sectarian divide in Northern Ireland.

The minister said she initially did not know that unionist and nationalist parties do not compete with each other for votes.

Instead, they vie for support within their own communities.

Ms Bradley also claimed she used to be “scared” of Northern Ireland because of opinions formed during the Troubles.

Her lack of knowledge about Northern Ireland politics was branded “embarrassing” by critics.

The senior Tory said: “I freely admit that when I started this job, I didn’t understand some of the deep-seated and deep-rooted issues that there are in Northern Ireland.

“I didn’t understand things like when elections are fought for example in Northern Ireland – people who are nationalists don’t vote for unionist parties and vice-versa.

“So, the parties fight for election within their own community.

She also admitted she had never visited Northern Ireland before being appointed to the Cabinet brief in January.

The MP told The House magazine: “I had no idea how wonderful Northern Ireland was.

“I was slightly scared of Northern Ireland because of my impression and images from 20 years ago. That is not the place that it is today.

“Today it is vibrant, energetic – over 50 percent of the population are aged 40 or under. It is an exciting place to be.”

She said: “This is embarrassing from the Northern Ireland Secretary.

“Given this worrying lack of basic knowledge about Northern Ireland, it’s no wonder the Tories don’t seem to understand the vital importance of preventing a return of a hard border there.”

But Theresa May’s spokeswoman said the Prime Minister retains confidence in Ms Bradley’s ability to do her job.

“She is working very closely with the parties there.”

The spokeswoman refused to be drawn on the criteria used by the Prime Minister when appointing ministers.