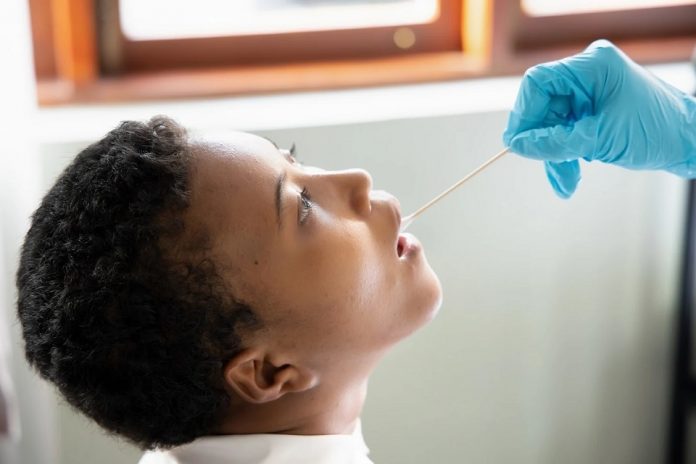 Interim results from the seventh report of one of the country’s largest studies into COVID-19 infections in England have been published today by Imperial College London and Ipsos MORI.

Over 105,000 volunteers were tested in England between 13 and 24 November as part of the REACT study, to examine the levels of infection in the general population.

The findings show cases were rising as the country entered lockdown but this was followed by a decrease as national measures successfully lowered infection rates across the country. This supports findings from SAGE that stronger measures would be needed in some areas to prevent the epidemic from growing and that local tiers needed to be toughened to keep the virus under control once national measures end this week.

Infections fell by over 50% in the North West and North East, with prevalence highest in the West Midlands, East Midlands and Yorkshire and the Humber.

While gains have been made to bring down infections, prevalence of the disease remains high with around 1 in 100 people testing positive compared to 1 in 80 between 16 October and 2 November.

The main findings from the seventh REACT study show that between 13 and 24 November:

Thanks to the huge efforts of the public over the last few weeks we have been able to get the virus more under control. This latest data shows we must keep our resolve and we cannot afford to take our foot off the pedal just yet, despite the encouraging fall in cases and progress on vaccines.

The next few weeks and months are the busiest time of year for our NHS, so it’s vital we all continue to follow new local restrictions, wash our hands, wear a face covering and observe social distancing.

Our robust data offers encouraging signs for England’s epidemic, where we’re seeing a fall in infections at the national level and in particular across regions that were previously worst affected. These trends suggest that the tiered approach helped to curb infections in these areas and that lockdown has added to this effect.

As we approach a challenging time of year, it’s even more vital that through our actions and behaviours we all play our part in helping to keep the virus at bay.

This report is the latest from the REACT study, which was commissioned by DHSC and carried out by a world-class team of scientists, clinicians and researchers at Imperial College London, Imperial College Healthcare NHS Trust and Ipsos MORI.

While infections have fallen across England and the spread has slowed, it is crucial we safeguard gains made and keep R below 1. The new regional, tiered system has been strengthened to ensure infections continue to decrease and stay low. Mass community testing using rapid lateral flow tests will be offered to areas facing the toughest restrictions. It will enable areas to detect asymptomatic cases and isolate them to protect others, stop the virus from spreading and help move out of the toughest restrictions.

Decisions on tiers are made by ministers based on public health recommendations. These are informed by a variety of criteria including local context, pressure on the NHS as well as case detection rate, how quickly cases are changing and positivity in the general population.

The REACT study programme has processed over one million tests as we track in real time the prevalence of COVID-19 across England. We’re incredibly grateful to all those members of the public who’ve taken part, who have contributed to this vitally important study.

See the GOV.UK summary of the November 2020 interim results.