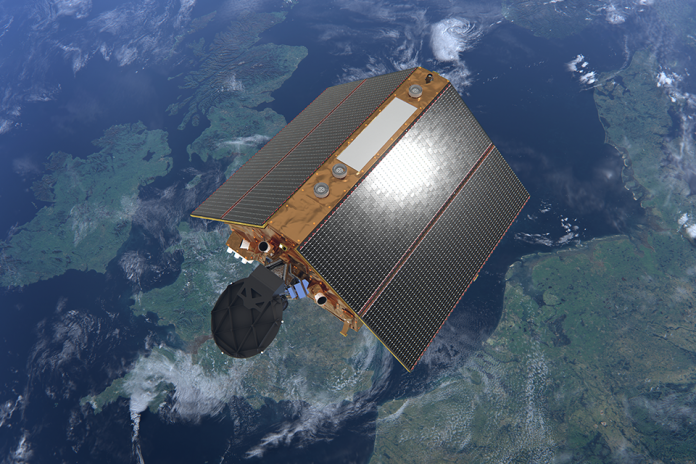 In the past two decades, space has played an increasingly crucial role in efforts to monitor and combat climate change. Satellites are indispensable for collecting data on sea levels, with each year since 1993 seeing an average rise of just over 3mm. Sea level rises put coastal communities at risk and it is vital that researchers understand how climate change is reshaping Earth’s coastlines and how fast this is happening.

Thanks to UK Space Agency funding, experts across the UK’s ocean and climate community, including at the Met Office and National Oceanography Centre, will be at the forefront of analysing the most accurate data yet on global sea levels and how our oceans are rising in response to climate change.

The Sentinel-6 satellite, which is the size of a small 4×4 car and will orbit around Earth 830 miles above our planet, will collect data that is indispensable for ocean and weather forecasts and climate understanding over the next decade.

Tracking rising sea levels is one of the most important indicators of our planet warming up. This government-backed satellite will arm our leading scientists, researchers and meteorologists with critical data to measure the true impact of climate change on our planet, helping improve weather forecasting to better plan for floods and informing our ambitious efforts for a green industrial revolution.

The UK spends hundreds of millions of pounds every year on flood and coastal defences. Sentinel-6 will allow a more accurate prediction of sea level rise and storm surge, reducing the risk of damage from unexpectedly high floods.

Sea-level rise poses one of the greatest socio-economic challenges associated with climate change. Space-based observations since the 1990s have revolutionised our understanding of rates of sea-level rise around the globe.

The Sentinel-6 observations are critical for ongoing monitoring of global sea level and revealing the spatial pattern of rise associated with climate change. These new observations will play a key role in the development of improved modelling systems and projections on a range of timescales by providing invaluable insights into sea-level variability and change around the world.

Altimeter satellites are fundamental to ocean monitoring and prediction – it is no coincidence that most ocean reanalysis datasets, used to understand the marine environment, start around the early 1990s, to coincide with the launch of the first reference satellite altimeter missions.

The Sentinel-6 satellites ensure the continuation of this vital data record for the next decade, safeguarding our ocean monitoring and prediction capability that is so important for marine operations as well as understanding the changing world we live in.

The joint European and US satellite is named Sentinel-6 Michael Freilich, after Dr Michael Freilich, the former director of NASA’s Earth Science Division. The European contribution is shared between ESA, EUMETSAT and the EU. It will provide the only means of measuring global sea level changes with sufficient accuracy to detect a sea level rise due to climate change, helping to protect the 600 million people who live in vulnerable coastal areas across the globe. It will also improve weather forecasts.

The UK is working on new missions to unlock our understanding of our planet, including the climate change missions TRUTHS and FORUM, a global forest-mapping mission Biomass, and MicroCarb which will measure sources and sinks of carbon, the principal greenhouse gas driving global warming.

New data from Sentinel-6 will benefit our ongoing research into quantifying and understanding the drivers of variability, trends and acceleration in coastal sea level and ocean surface waves.

New discoveries about these complex interactions and exchanges could hold the key to significantly broadening the research communities’ understanding of the ocean and climate. Thus, we will be able to contribute expert research and insights to UK and international change makers, and to the public, for the benefit of all. We welcome the launch of the Sentinel-6 satellite and congratulate everyone involved.

Sentinel-6 is part of the European Copernicus Programme, which has revolutionised understanding of the critical role the ocean plays in climate and the ocean-atmospheric interactions which produce extreme weather events.

Airbus Defence and Space in Stevenage designed, manufactured and tested the propulsion module for the Sentinel-6 satellite. The hydrazine propulsion system with eight thrusters will maintain the 1.3 ton satellite in the correct orbit for its mission. Airbus in the UK has built more than 100 satellite propulsion systems, including for the twin mission Sentinel 6B, which is due for launch in 2025 and will advance these measurements for at least another five years.

This mission will take the role of radar altimetry reference mission, continuing the long-term record of measurements of sea-surface height started in 1992 by the French–US Topex Poseidon and then the Jason series of satellite missions.