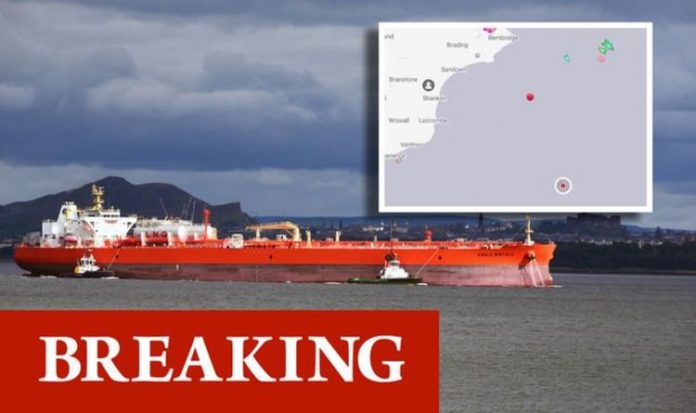 It is understood the 228-metre tanker had been expected to dock in Southampton at 10.30am on Sunday.

Two coastguard helicopters have been scrambled to the scene and were spotted circling the ship on Sunday afternoon, and an exclusion zone was set up in the area south of Sandown.

A Coastguard spokeswoman said: “We are currently assisting Hampshire Constabulary with an incident onboard a vessel situated off the Isle of Wight.

“The search and rescue helicopters from Lee on Solent and Lydd are in attendance.”

A spokeswoman for the Home Office said it is aware of the incident.