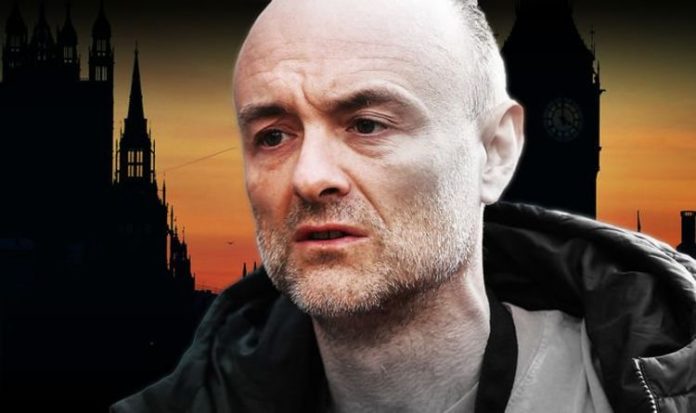 After 13 months working at the most famous address in British politics, Prime Minister Boris Johnson’s chief adviser Dominic Cummings left Downing Street. The Brexit guru moved his office into 70 Whitehall, a short walk from his old base in Number 10. The moment passed without political hysteria – but the motivations behind it go to the heart of what Mr Johnson’s Government wants to achieve.

Dr Jon Davis, from King’s College London, told the BBC: “What you need is a Number 10 where you push a button or pull a lever and things actually happen.

“There’s nothing more frustrating for a Prime Minister than the idea that you have the power but nothing actually happens.”

It is no secret the chief adviser wants to reform the machinery of Government – as his revolutionary plans have been a key feature of his personal blog throughout the last decade.

And, according to former Ukip MP Douglas Carswell, we have already started seeing the effects of his work in Westminster.

He told Express.co.uk: “Clearly, one of the problems every government since Tony Blair has suffered is a lack of strategic cohesion at the centre.

“This means you have got Downing Street, the Cabinet office next to it and then the Treasury.

“But we have already started seeing a bit of strategic cohesion.

“There is now a team from Downing Street and the Treasury working together.”

This summer’s announcement that Sir Mark Sedwill, the former Cabinet Secretary and National Security Advisor, stepped down was the most high profile indicator that a revolution was sweeping through Whitehall.

Mr Cummings reportedly forced advisors to read books promoting superforecasting and paranoia as part of a rigorous training regime he arranged for the summer.

Special advisors were told to read the 350-page book “Superforecasting: The Art and Science of Prediction” by Philip Tetlocks and “High Output Management” by Andrew Grove which claims that “only the paranoid survive”.

According to POLITICO, the strict regime included weekend away days during the summer break, where advisors were expected to discuss roadblocks preventing the progress of Government policies.

In a Zoom call with advisers in August, the Brexit guru ended a briefing by claiming that “a hard rain is coming”.