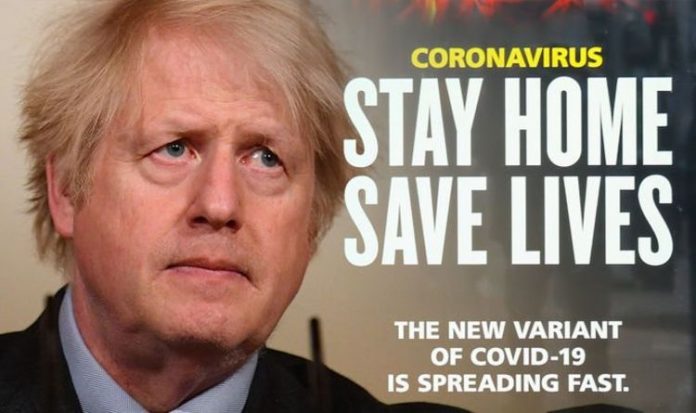 Today, January 31, marks one year since the first coronavirus case detected in the UK. Not much could prepare the country for what was about to come – 100,000 deaths and several lockdowns later, 2020 was the worst year in recent human history. Even with an end in sight thanks to the herculean efforts of the NHS’s vaccine programme workers, restrictions are still in place and look to be for some time as rates slowly decline. Express.co.uk takes a look back on how we got here.

Coronavirus becomes a key issue in Wuhan, China, with clusters of the virus popping up in every province of mainland China by January 29.

The UK recorded its first case on January 31, but even before that the UK had its first coronavirus related death.

Peter Attwood, from Chatham, Kent, died with the virus on January 30 despite not travelling to, or contracting it from, overseas.

However, his death wasn’t recorded as “with” Covid-19 until September 3.

The first official recorded death after contracting coronavirus in the UK was recorded at the end of February.

Life continued largely as normal despite cases being reported – the Cheltenham Festival went ahead between March 10 and 13, and footballs matches at stadiums continued.

March 23 marked the start of the first coronavirus lockdown in the UK, with Prime Minister Boris Johnson pleading for people to stay at home and protect the NHS.

Of notable figures to get the virus, Prince Charles announced he had tested positive on March 25.

Later in the month, Mr Johnson tested positive for the virus himself, alongside Health Secretary Matt Hancock.

Boris Johnson was admitted to hospital with coronavirus, later entering intensive care, where he stayed for three days.

The first Nightingale hospital was opened in East London.

Cases and deaths begin to decline, and lockdown restrictions are lifted slightly in England.

People were now allowed to leave the house more than once a day and were also permitted to sunbathe in parks, as well as meet one other person outside their household providing social distancing was followed.

The Mirror breaks the story of Dominic Cummings doomed trip to Durham, sparking a media frenzy and fierce backlash from the public.

Priti Patel finally introduces quarantine rules for international travellers arriving in the UK – several months after the start of the pandemic.

On May 25, Mr Cummings was forced to hold a press conference in the Downing Street rose garden.

He believed he behaved “reasonably” and did not regret his actions.

On May 28, NHS Test and Trace was launched.

Primary age children were the first to return in the next wave of lifting lockdown restrictions.

Retail reopened on June 15, and daily press conferences were scrapped by the Prime Minister on June 23.

Pubs, restaurants, hairdressers and hotels were permitted to reopen from the beginning of July

However, restrictions remained in place in Leicester as cases stayed high – marking the beginning of the regional approach to tackling the virus.

Travel corridors also began in July, and face coverings became mandatory in all shops across England.

Second wave warnings began to emerge as cases rose on the continent once again.

Shielding advice for the clinically vulnerable was lifted for the first time since March as cases remained very low.

Eat Out to Help Out, now a maligned policy of Rishi Sunak’s, began in August.

The Government U-turned on its decision to uphold grades less than a week later.

Even tighter restrictions were put in place across the UK, with pubs ordered to close at 10pm and household visit rules tightened.

Shortly after, the three-Tier system was introduced in England.

England goes into lockdown for four weeks, with a stay at home order in place and only schools remaining open.

Lockdown ended on December 2 in England, just in time for the Christmas shopping period, and nationwide restrictions were replaced with the tier system.

The Pfizer vaccine was approved for use, with the first shot being administered on December 8.

Plans for Christmas were announced, with Christmas bubbles meaning friends and family could mix in a limited capacity for a number of days.

The new variant was discovered in the UK, explaining the rapid rise in infections over the month.

On December 19 Mr Johnson confirmed London, the South East and parts of East England would move into the newly-created Tier 4 the following day.

The Christmas bubbles plan was scrapped for these areas and reduced for the rest of the UK.

Another national lockdown began for England on January 4, this time including the closure of schools.