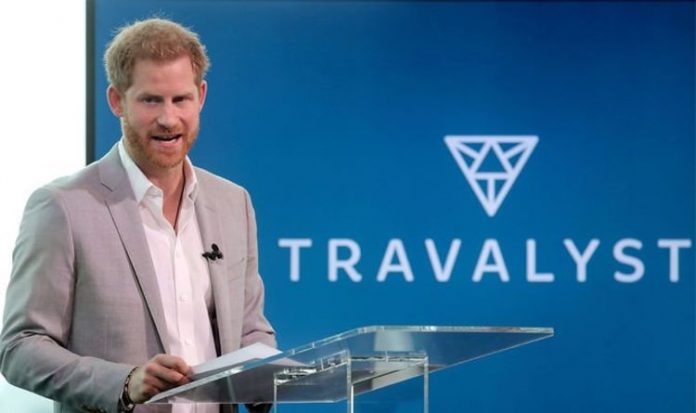 Travalyst has released a report on the “re-emergence of travel”, outlining how the global community can build back after the dissemination of the tourism industry caused by coronavirus. Crucially, it is focused on rebuilding in a more sustainable way that protects the environment. The organisation has gathered this information with the help of its partners like Skyscanner, Booking.com and another non-profit called Forum for the Future.

This report is the first substantial piece of work to come out of Travalyst since it was founded nearly a year and a half ago.

While this is clearly important work, there have been questions asked in the past as to why the non-profit has not registered with the Charity Commission.

Travalyst was registered as a limited company on April 3, 2020, nearly 10 months ago, but is not a registered charity.

Yet, the project has been given hundreds of thousands of pounds that originated in a royal charity.

The Royal Foundation, which was jointly run by the Cambridges and the Sussexes until Harry and his wife Meghan Markle split from it to set up their own charity Sussex Royal, funds a number of projects through generous donations.

The now-defunct Sussex Royal and Travalyst each received a huge payout from The Royal Foundation in 2019 when the couples split their charitable endeavours.

An “unrestricted grant” of £145,000 was given to Sussex Royal to facilitate the set-up of the new charity and £144,901 of grants were paid to Travalyst.

However, after Harry and Meghan stepped down as senior royals, they were instructed not to continue using the Sussex Royal brand and so the Sussex Royal Foundation was shut down to make way for Archewell.

Both The Royal Foundation and Sussex Royal were charitable companies, meaning they were registered with both Companies House and the Charity Commission.

Meanwhile, Archewell is registered in the US, which has a whole different system.

It is understood that Travalyst is a UK non-profit company, limited by guarantee.

Non-profit organisations have fewer restrictions on their work than charities do.

A source told Express.co.uk last year that all Sussex Royal funds would be transferred to Travalyst when it shut down.

According to Companies House, Harry holds at least 75 percent of the shares in Travalyst.

The source said: “During its 12 months, the sole programme in operation and development at the charity has been the sustainable travel and tourism initiative Travalyst.

“Travlayst is now operating as an independent nonprofit baked in the UK, and all assets from Sussex Royal will transfer over.

“The travel and tourism sector has been one of the hardest hit in the coronavirus pandemic, with communities and people’s livelihoods impacted around the world.

“The Travalyst partnership is committed to playing an active role in helping communities that rely on tourism rebuild and recover in ways that support their long term sustainability and resilience.”

It is unclear whether any of the money from Sussex Royal has now gone to the new Archewell Foundation or whether it has all stayed with Travalyst.

Harry and Meghan filed for solvent liquidation of Sussex Royal in July, and at the same time mysteriously changed the name of the organisation to MWX Foundation.

Prince Harry is ‘invested’ in US culture and politics says expert

In the Declaration of Solvency published on July 28, Sussex Royal had £99,000 in the bank and was planning to spend another £35,000 before it closed.

This means they were due to spend over half of the £145,000 grant from The Royal Foundation without having produced any projects other than Travalyst.

On top of the £144,901 grant they were given ring-fenced for Travalyst itself, which was originally under the banner of Sussex Royal, this means Travalyst has essentially received nearly £300,000 from The Royal Foundation.

The Royal Foundation wrote in its annual financial report covering the calendar year 2019, published in June 2020, that grant-making decisions are made by the trustees and given on the basis that the projects demonstrate a public benefit.

The report read: “Decisions on grants are made by the Trustees.

“Trustees only approve grants or fund projects which demonstrates public benefit within the criteria of the Charity Commission’s guidance.”

The Foundation is understood to have provided the grant to Sussex Royal when it was a charitable organisation of the Duke and Duchess of Sussex.

However, the grant money now lies with Travalyst as a separate entity, which is not bound by the Charity Commission guidance, unlike Sussex Royal was.

Meanwhile, the Royal Foundation will continue its work in the areas of mental health, conservation, early years, emergency responders and COVID-19.

The charity, now run solely by William and Kate, is funded by donations from individuals, trusts, foundations and corporate partners.