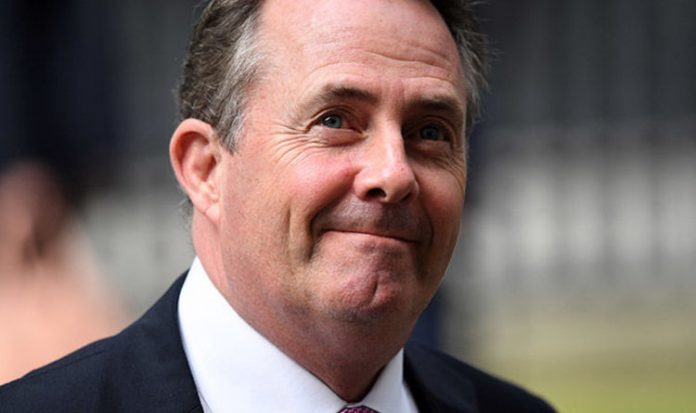 Mr Fox made his remarks as he welcomed more than 200 senior port executives, MPs, peers and industry representatives to Parliament at a reception organised by the British Ports Association.

He said: “Ports are, quite simply, Britain’s gateway to the world.

“And they have a brilliant future at the forefront of our global economic ambitions as Britain leaves the European Union.

“We know how important it will be to preserve vital existing trading links with our current partners in the EU.

“And for the first time in four decades, we will determine our own independent trade policy, able to seize the opportunity to establish new economic relationships across the globe.”

Unlike in other countries, UK ports, which employ 101,000 people, are privately run commercial operations which contribute £7.6billion to the nation’s gross added value (GVA) annually.

In addition, they yield £1.5billion in tax revenue every year.

Alec Don, chairman of the BPA, which represents more than 350 ports, harbours and piers, as well as being chief executive of the massive Port of Milford Haven, used his speech to outline his vision for a future characterised by entrepreneurship.

He said: “BPA ports currently have planned over £1.2bn of investments, and collectively all of the nation’s ports handle 95 percent of the UK’s trade in goods.

“That is over half a trillion pounds of trade. In these times all of our national efforts are becoming focused on the development of our international trade.

“There is simply no question that the continuous development of port infrastructure has always been and will always continue to be a matter of overriding economic importance and in the national interest in support of our trade.”

Mr Don also pointed out small ports and harbours were central to the economic lives of their communities.

He added: “Here is the question: can we develop the national political will to do what is necessary to deliver a 21st century infrastructure built on 19th and 20th century roots at a pace that meets the market need?

“In this day and age we fully recognise that sustainable development requires the strongest partnership between government and industry.

“My invitation is that MPs with ports in or near their constituencies set out to find a common voice and form a parliamentary movement.”

After the meeting Mr Fox tweeted: “Delighted to talk at the annual parliamentary reception of @britishports about @tradegovuk support for the Ports for International Trade campaign #freetradeuk

“Ports support over 100,000 jobs in the UK and helps forge new relationships around the world.”

With less than 200 days to go before March 29 – the date the UK quits the bloc – the Brexiteer is working hard to develop business relationships outside the EU.

Speaking in Parliament on Wednesday, he said Britain could become a “21st century exporting superpower” after Brexit.

He also stressed the need to “extend our trading horizons” and “raise our ambitions” in order to maximise the benefits.