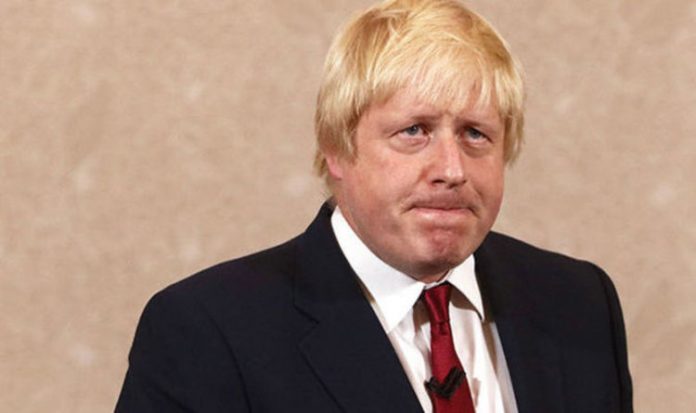 The former Cabinet minister, who rakes in tens of thousands of pounds from renting his own home in north London, has been called out by angry MPs for not yet moving out of the plush One Carlton Gardens residence nearly two weeks after resigning over Theresa May’s Brexit white paper.

Labour MP Catherine West said: “While many people in Westminster are stuck on housing waiting lists, this amounts to taxpayer-funded squatting from Boris.

“He should pack his bags and move on.”

Fellow MP Stephen Doughty added: “It is extraordinary that Boris is still living it up in a grace-and-favour residence while profiting from renting out his own property.

“It’s high time the Government take back control of this property from this failed former Foreign Secretary.

“If Prime Ministers can move out of Number 10 within a day, surely he can.

“If not maybe we need to order a big red bus to evict him.”

Mr Johnson will also scoop a £17,000 payoff for leaving his role on July 9 to make way for his replacement Jeremy Hunt, the former health secretary, The Mirror reports.

A government spokesman said: “Former ministers are expected to leave official residences as quickly as practicable at the end of their tenure, taking into account their personal circumstances and family needs.

A Whitehall source told the publication that following Mr Hunt’s promotion to Foreign Secretary, there was a “discussion” between him and Mr Johnson about the Grade I listed mansion a stone’s throw from Buckingham Palace.

Another source said he has been granted a grace period of until the end of July to move out and that utilities had been paid for by Mr Johnson since he moved there.

Mr Johnson has rented out his house in Islington to Royal Ballet choreographer Wayne McGregor since 2016 when the MP was made foreign secretary by the Prime Minister.

Brexiteer Mr Johnson followed former Brexit Secretary David Davis who threw in the towel over Mrs May’s controversial white paper which featured plans laid out for a soft Brexit with the EU.

Mr Johnson resigned the day after Mr Davis in a show of solidarity.