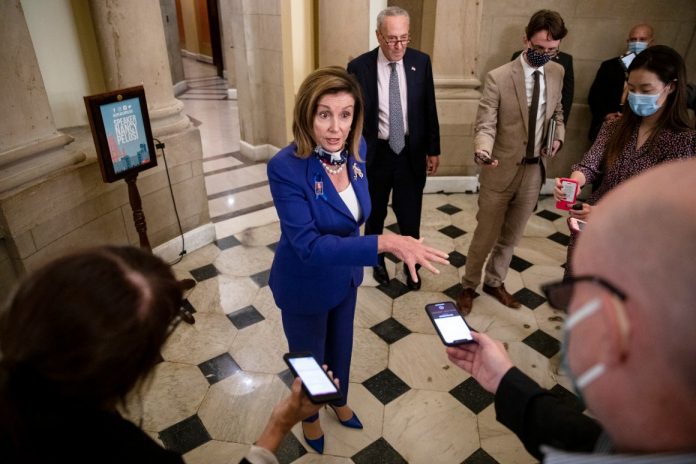 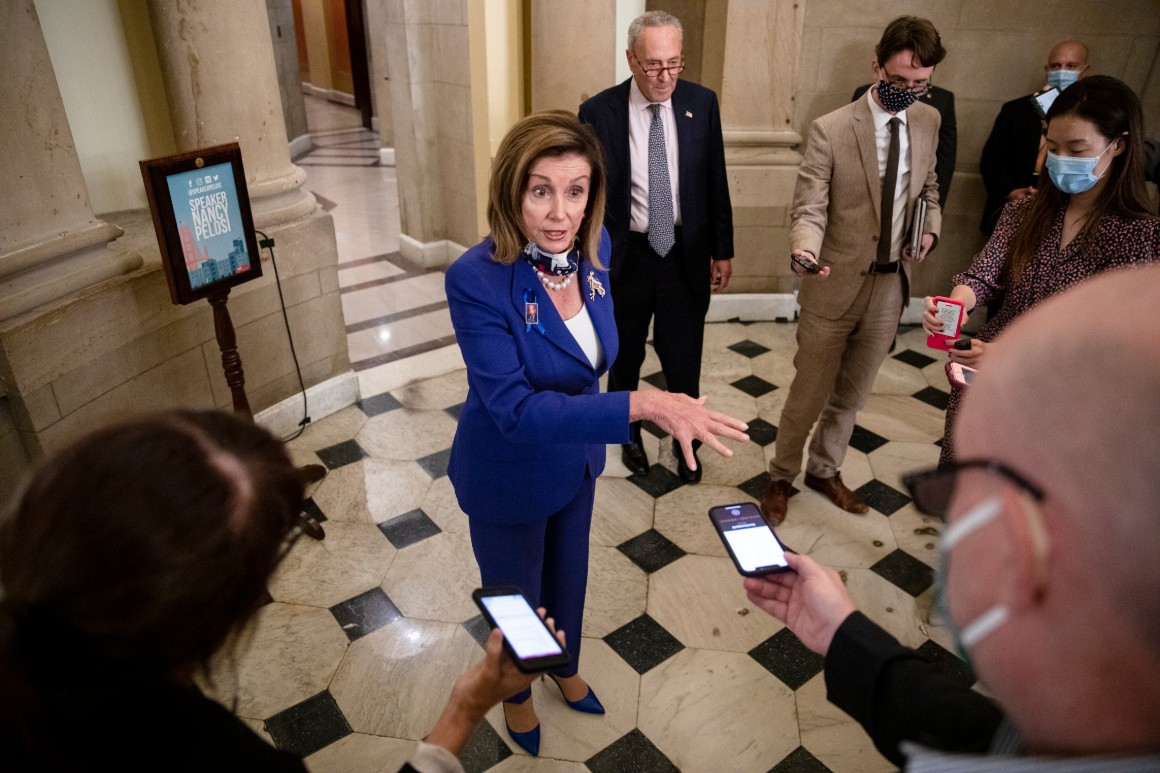 Top negotiators for a coronavirus relief bill couldn’t even agree on what they agree on Sunday, indicating that Democrats and Republicans are still a ways away from clinching a deal.

House Speaker Nancy Pelosi said both parties have yet to come to agreement on the fact that the U.S. must defeat Covid-19, the disease caused by the novel coronavirus. The California Democrat also blamed President Donald Trump for “standing in the way of” enhanced unemployment insurance for tens of millions of Americans and knocked the idea that Republicans presented an extension proposal as “really not actually factual.”

Minutes later, Treasury Secretary Steven Mnuchin expressed shock at Pelosi’s assertion that they don’t agree on the need to kill the coronavirus. He insisted the president is “very concerned” about the lapse in unemployment benefits and said he was surprised Democrats wouldn’t agree to a one-week extension of the $600 payment.

The competing comments came in back-to-back interviews on ABC’s “This Week” with Martha Raddatz and showed how far apart House Democrats and the Trump administration are on sending a relief package to the president, even as two major federal benefits — a $600 weekly unemployment payment and an eviction moratorium — expired late last week.

“We’ll be close to an agreement when we have an agreement,” said Pelosi, who framed defeating the virus as “one of the contentious issues that we have to deal with.”

Asked what she would say to Americans who lost their unemployment benefits, Pelosi responded: “Talk to President Trump. He’s the one who’s standing in the way of that.”

In a pair of tweets Saturday, Trump accused Pelosi and Senate Minority Leader Chuck Schumer (D-N.Y.) of blocking “desperately needed unemployment payments, which is so terrible, especially since they fully understand that it was not the workers fault that they are unemployed” — and claimed that the Democratic leaders “have no interest in making a deal that is good for our Country and our People.”

Pelosi argued Sunday that Democrats are unified in their support for the $600 benefit while Senate Republicans are in disarray over an alternative $200 proposal, which she says fails to meet the needs of working families.

“So the idea that they made a proposal is really not actually factual,” she said.

Mnuchin countered that Trump is “very concerned about the expiration of the unemployment insurance” and that Republicans proposed a one-week extension “so that while we negotiate a longer-term solution, at least all those people don’t lose their money, and I’m surprised that the Democrats won’t agree to that.”

“They are insistent on having this as part of a larger deal,” he added. “The president wants us to get a deal done quickly because this is important to the American people. Now I would just say across both parties there are different things that are very contentious.”

The Treasury secretary cited Democrats’ push for more than a trillion dollars in aid to state and local governments as an example but maintained that “there’s definitely areas of agreement” on issues like the Payment Protection Program and direct payments to Americans.

“Mark Meadows and I will be back there every day until we reach an agreement,” Mnuchin said, referring to the White House chief of staff. “We understand there’s a need to compromise, but on the other hand there’s also a big need to get kids into school, get people back to jobs and keep the economy open and keep people safe.”