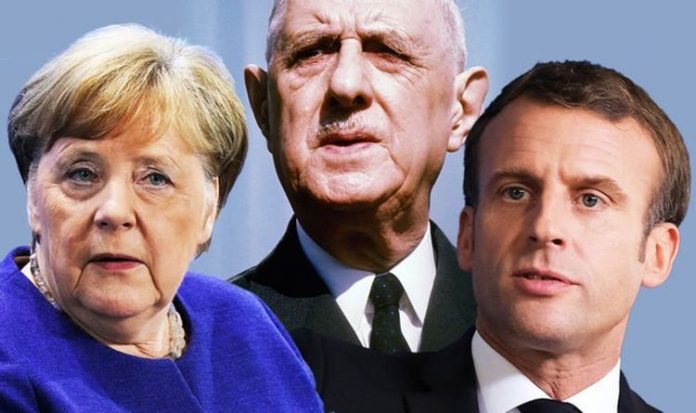 Last month, the Advisory Committee on Business Appointments revealed that Philip Hammond will be a paid, part time advisor to Saudi Arabia’s Finance Minister as the country prepares to host the G20 Leaders’ summit in November. The news did not come as a surprise, as the former Chancellor has had a close relationship with the Saudis for years. In 2015, he came under fire for accepting a watch worth nearly £2,000 from a Saudi businessman, despite a ban on ministers accepting expensive gifts.

And in July of last year, Mr Hammond visited the country as Chancellor, to promote economic and social reform. On the trip, paid for by the British taxpayer, he met the Minister of Finance who later offered him the job.

In a report for The Spectator, the magazine’s gossip columnist Steerpike wrote about Mr Hammond’s new job: “It appears that the former Chancellor, who in September said the Tory party is no longer ‘tolerant’ and has been infected with ‘ideological puritanism that brooks no dissent’ has no problem working with a regime that regularly persecutes government critics, tortures and beheads the accused, and is suspected of brutally killing the journalist and critic of the regime Jamal Khashoggi in 2018.”

A spokesman for Mr Hammond told the publication: “Saudi Arabia currently holds the rotating presidency of the G20 and he is advising the Saudi finance minister in that context.

“The G20 has a vital role to play in preparing the global economy for post-Covid recovery – ensuring the recovery is as inclusive as possible.”

The Saudis are not the only ones with whom Mr Hammond has developed a warm relationship.

The 64-year-old also appears to be a fan of Xi Jinping’s China.

In late July, Prime Minister Boris Johnson performed a U-turn and announced that Huawei products would be banned from the UK and all products currently existing would have been removed from Britain’s infrastructure by 2027.

The decision came as the Trump administration continues what one UK official calls a campaign of “unrelenting pressure” on the company.

US officials claim China could use the firm as a gateway to “spy, steal or attack” the UK.

JUST IN: EU’s status as trading force in doubt after halloumi row

Moreover, attitudes to Asian power have hardened in the last six months, with the coronavirus crisis – and Beijing’s handling of it – increasing concerns about dependencies on the communist country.

Despite this, last month, Mr Hammond warned of an “outbreak of anti-Chinese sentiment” in the Conservative Party.

He said the Government had always been frank with the Chinese in private but warned now was not the time to weaken trade links with the world’s second-largest economy.

He told BBC Radio 4’s Today programme: “I’m concerned about the outbreak of anti-Chinese sentiment within the Conservative Party, it’s always been right to be clear-eyed about the challenges of a relationship with China and frank about the differences we have with China.

“But that seems to me, over the last months, to have accelerated into something which is becoming a little bit more alarming.

“We are in a position where we need to build trade relationships around the globe and China is Britain’s third largest trading partner after the EU and the US. I think we need to tread carefully in how we manage this relationship.”

Moreover, while he was Chancellor, Mr Hammond risked a new Cabinet rift by pushing for Britain to fully endorse China’s “Belt and Road” global investment drive.

Speaking at a summit in Beijing in 2019, Mr Hammond said that the UK would have brought its expertise to the Belt and Road Initiative [BRI].

He said: “Our offer is to bring together the best of Chinese manufacturing, engineering and construction, with the best of British project design and legal, technical and financial services expertise, as we promise the golden era of UK-China relations to deliver world class sustainable infrastructure for the 21st century.”

Mr Hammond also said the project had to work for everyone for it to turn into a sustainable reality, saying: “The Belt and Road Initiative has tremendous potential to spread prosperity and sustainable development, touching as it does, potentially 70 percent of the world’s population, a project of truly epic ambition.

“The UK is committed to helping to realise the potential of the BRI and to doing so in a way that works for all whose lives are touched by the project.”

It was former Prime Minister David Cameron, who in 2012 started forging warm ties with the Asian nation.

The Sino-British partnership reached its zenith with the 2015 visit of Chinese President Xi Jinping in the UK.

It was during this visit that he and Mr Cameron famously ended up at a pub, which was later purchased by a Chinese firm for an undisclosed fee.

The former Prime Minister had promised a “golden era” in bilateral ties ahead of the Chinese President’s visit.

Xi himself lauded the UK for its “visionary” openness and China exhorted others to go down the same path.

Things, however, went south for China as soon as Mr Cameron was ousted from power.

When Theresa May came at the helm of affairs, the level of enthusiasm between London and Beijing went down considerably.

Many ambitious projects like an RMB bond issuance and a London-Shanghai stock got sidelined.