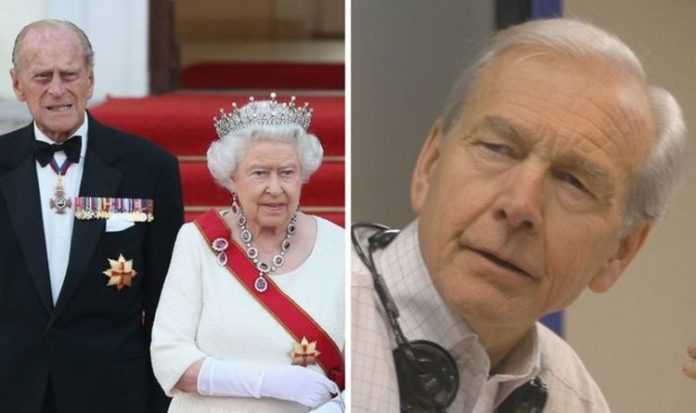 Humphrys stunned BBC viewers today after he announced he would be standing down from hosting the much-loved quiz show Mastermind in March. It will brings an end to his six-decade long association with the broadcaster, after the 77-year-old initially stepped away from presenting BBC Radio 4’s Today programme in 2019. He had enjoyed an illustrious time on the radio, having presented the flagship show for 32 years, and becoming a hit with listeners due to his no-nonsense approach to interviewing.

But this attitude also meant he was unable to secure some guests on the show, particularly those from the Royal Family.

Famously, the Queen rejected his calls three times, with royal insiders claiming it was as a result of Humphrys’ comments regarding a “boring interview” he carried out with the Duke of Edinburgh for his 70th birthday.

And in another encounter with Philip, the pair became involved in a heated discussion after they “fell out” while they both drove along a dirt road while he covered a royal visit to Mexico in the Seventies.

According to Humphrys’ 2019 book John Humphrys: A Day Like Today, Philip “leapt out of a police car” to shout at the journalist.

Humphrys initially claimed to have told the Duke of Edinburgh to “p*** off” to make light of the situation, before swiftly backtracking to say: “No, I didn’t! I said, ‘Oh, really sorry, Sir.’”

The presenter added: “The Queen got out of her car and was laughing.”

Despite making Her Majesty giggle, Humphrys said royal minders were weary of him after Philip became “very cross” with him during a BBC interview.

Humphrys recalled the episode in a 2019 column for the Daily Mail, adding: “It was pretty boring except for a section when he got very cross because I’d asked him why the Queen hadn’t helped him out when he had to sell his racing yacht because of the expensive upkeep.

“The Palace complained and the BBC cut it out.”

He described how he always wanted the monarch as a guest so he could “sit there and say, ‘With me this morning is Her Majesty The Queen’.”

Her career “having probably met more powerful people than anyone else” would lead the Queen to having plenty of gossip and stories, Humphrys predicted.

Yet the interview never came, after the 94-year-old refused his personal requests three times.

Originally, he asked her for an interview during a private Buckingham Palace lunch, receiving “a one-word answer – no”, before he then “carefully prepared” another attempt which was again turned down.

On that occasion, he remembered: “She listened politely and then another, ‘No!’

“Followed by, ‘What’s more, Mr Humphrys, if one were ever to do such an interview it would most certainly not be with you!’”

And in his final plea, the then-BBC star propositioned her when she visited New Broadcasting House in 2006, but he added: “She brushed me aside pretty sharply.

“Fair enough. Why shouldn’t she? She is the monarch.”

Humphrys announcement today shocked viewers of Mastermind, who have enjoyed the presenter’s long stint as host.

He detailed how he was unsure who would be taking over from him, but hinted a female could be in the running as his replacement.

He added in his column: “When the present series comes to an end in March there will be someone else in the chair.

“I wish my successor well — but I’m not sure I envy them, whoever ‘they’ may be. What are the odds on the first female?”

The presenter went on to reveal he first turned down the hosting job after mistakenly believing the BBC wanted him to appear on the show as a guest.

John Humphrys: A Day Like Today was published by William Collins last year and is available here.