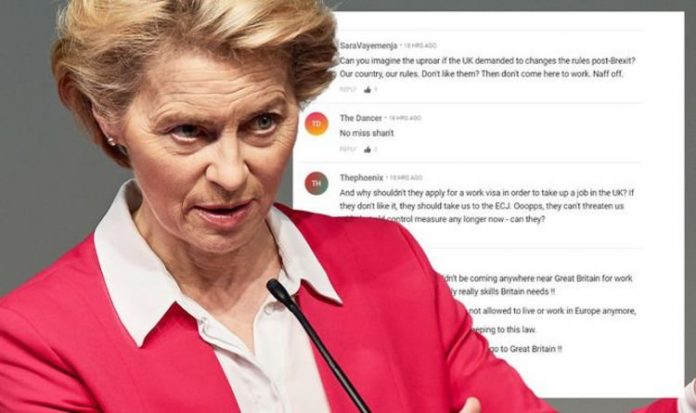 Employers recruiting from these countries are also eligible for a discount, as companies are not required to pay the £199 fee needed to issue a certificate of sponsorship to hire them.

Bulgaria, Estonia, Lithuania, Romania and Slovenia are not eligible for the reduced fees and have told Brussels to take action against the UK as they believe it is discriminating against them.

But their demands, reported by Express.co.uk, have sparked outrage.

One reader said: “Scrapping any part of the withdrawal Agreement is entirely up to us and nobody else.”

Another reader said: “Ordering an independent country around?

“Who the Hell do they think they are?”

Some readers suggested Brussels would not tolerate any British-led rule changes.

One said: “Can you imagine the uproar if the UK demanded to changes the rules post-Brexit?

“Our country, our rules. Don’t like them? Then don’t come here to work. Naff off.”

Another said: “Excuse me EU, you cannot tell us what to do anymore, you can demand nothing and you cannot change UK laws, okay?”

And another said: “The EU had a chance five years ago to chat to Cameron, but chose not to.

“They then spent the next five years being belligerent and difficult.

“It’s too late to start whining that now it has consequences. Tough.”

The UK Government has said the visa rules were based on the signatories of the Council of Europe’s Social Charter (CESC), an international treaty dating back to 1961 adopted by 26 countries including the UK.

Officials said reducing visa fees for any country where this is not related to an international obligation would itself raise questions of discrimination. 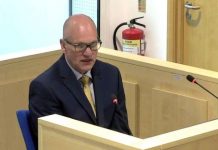