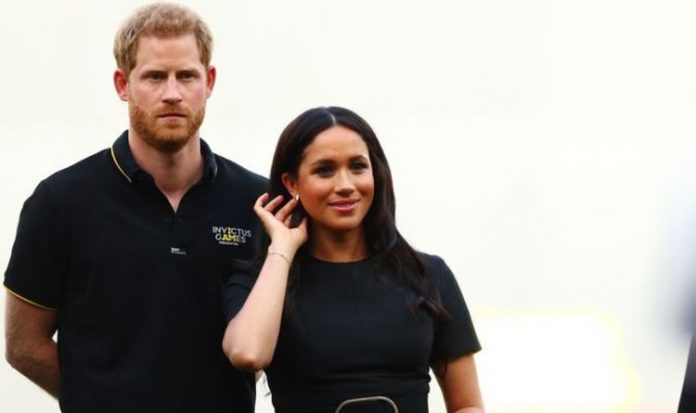 The outspoken TV presenter hit out after it emerged the Duke and Duchess of Sussex, who quit the Royal Family earlier this year, have signed a multi-year deal with American TV streaming service Netflix to create TV series, films and children’s shows. Piers made his jibe after Meghan and Harry promised to make “inspirational family programming”.

He posted on Twitter: “From two people who’ve ditched their entire families…”

Meghan has a turbulent relationship with her estranged father Thomas Markle Snr.

The Duchess is said to have last spoken to her father in the run-up to her Royal Wedding in May 2018.

Following news Mr Markle needed an emergency heart surgery, the worried Duchess of Sussex asked her father for more details and offered to send a security officer to protect him, according to the upcoming biography Finding Freedom.

But the relationship quickly deteriorated after it emerged Mr Markle set up a paparazzi photoshoot ahead of the wedding.

Meanwhile, Prince Harry’s relationship with his Royal Family has been under the spotlight following his sensational decision to quit the Firm, and the life he has always known earlier this year.

The authors claim the Duke of Sussex was angered by what he perceived as his brother’s “snobbish” attitude to his bride.

The book’s co-authors claim Harry was offended by William’s advice to “take as much time as you need to get to know this girl”.

According to the pair, future king William was happy for his brother, but “just wanted to make sure that Harry wasn’t blindsided by lust”.

This week it emerged the Duke and Duchess of Sussex, who are living in LA during the coronavirus pandemic, landed a landmark deal with Netflix.

The pair have set up a production company as they continue to step away from their former roles as senior royals.

They said their production company would cover a wide spectrum of programming.

The Duke and Duchess of Sussex said they want to focus on content “that informs but also gives hope”.

In their statement, the Sussexes said: “Our lives, both independent of each other and as a couple, have allowed us to understand the power of the human spirit, of courage, resilience and the need for connection.