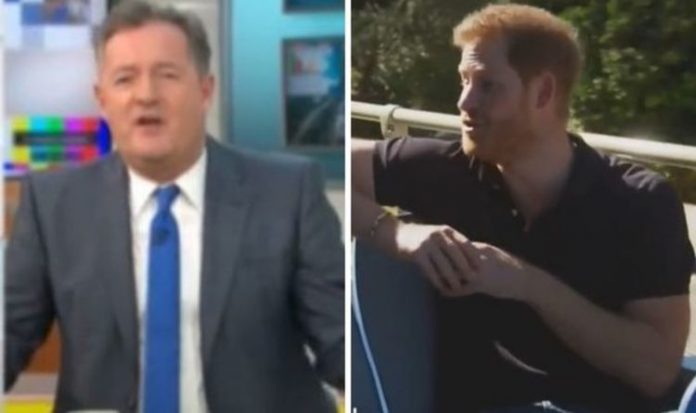 The Duke of Sussex joined TV host James Cordon for a double-decker bus tour of Los Angeles. The show saw Harry, who has quit royal duties for a new life in America with Meghan Markle, open up about the Royal Family.

But Mr Morgan hit out at Harry over his interview with Cordon.

“Touching private revelations, stoic defence of Netflix for trashing his family, & fully justified attack on the UK press for forcing him to quit royal duty & live in a California mansion.”

During his chat with Cordon, Harry revealed his son Archie’s first word was “crocodile” and that the Queen gave the one-year-old a waffle maker for Christmas.

READ  A CODED message from the Zodiac Killer has been cracked, 51 years after it was sent. | UK | News (Reports)

The Duke also defended Netflix’s The Crown, arguing that the royal drama is “obviously fiction”.

As he and Cordon visited the house that featured in 1990s sitcom The Fresh Prince Of Bel-Air, Harry rapped the famous theme song, which was originally performed by Will Smith.

But Harry has faced criticism for the timing of his appearance with Cordon, which clashes with the Queen’s plea to people in the UK to take the coronavirus vaccine.

Ex-actress Meghan, 39, and Harry, 36, are living in California after quitting as working royals.

The couple, who are expecting their second child, are giving a televised interview to Winfrey which airs next month.