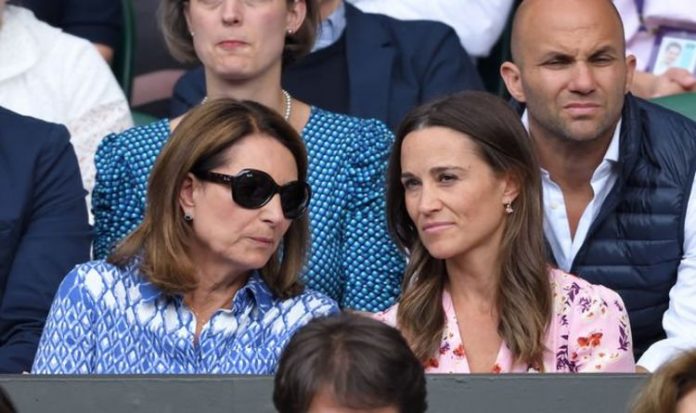 Pippa Middleton, the sister of Kate Middleton, is known as the more glamorous and glitzy member of the Middleton family. She famously hit headlines in 2011 after fulfilling the role of maid of honour at Kate and Prince William’s wedding. In recent years, however, Pippa appears to have retired from the public eye.

The last time she took centre-stage was after her marriage to James Matthews in 2017, and then the birth of her first child, Arthur Michael William Matthews, in 2018.

In the years following Kate and William’s marriage, Pippa became known for her party lifestyle.

She appeared on US television, was offered top jobs in glossy magazines, and was even reported to have turned down a presenting role on TV.

However, with a burst of attention from both public and media, Pippa began to experience the negative side of celebrity life.

She revealed how she was forced to grow accustomed to her new way of life in 2016 during a Daily Mail interview.

It was here that Pippa explained that she had become the target of social media abuse and gossip that destroyed her confidence.

She said: “I have had a few years of being in the public eye and I have developed something of a thick skin.

“But managing it all on my own has been quite hard.

With all the pleasantries that came with newfound fame came equally as many negative outcomes.

In 2014, during her first TV interview with NBC, she revealed how she had been “publicly bullied”.

After attracting such attention, she said: “It’s been a bit difficult because effectively I’m just trying to live a life like any other 30-year-old.

“I have felt publicly bullied a little bit.

“I think people think they can say something about you online or on a web page when they would never say it to your face.

“You’ve just got to sort of keep bouncing back and carrying on and trying not to let it affect you is hard.”