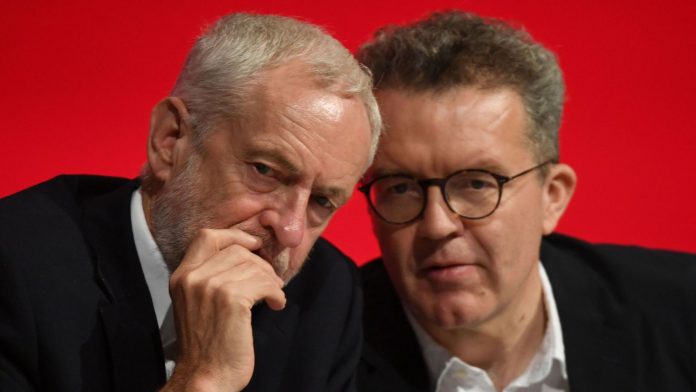 Plans to elect a female deputy Labour leader have been unexpectedly scrapped.

The idea was put forward by Wirral West Constituency Labour Party, but it was surprisingly withdrawn on the conference floor on Tuesday over concerns the position could be used to undermine Jeremy Corbyn.

It had been viewed as a means of tackling the fact that the party has never had a female leader – and a way of sidelining deputy leader Tom Watson.

Despite speculation the latter factor was one of the drivers of the idea, Mr Watson himself came out in favour of the idea.

However, Wirral West CLP’s Angela Marincowitz-Skillen withdrew the plan on Tuesday, asking the NEC to instead find a way to hold both elections at the same time.

She said: “There have been disturbing reports that this rule change has widespread support because those who want to divide our party and deny Jeremy Corbyn want to use this as a way to do it, making an election about a new deputy leader about Brexit, a new centre party or whatever project they think up to sow disunity.

“I want to say to those people the membership are sick of this sectarian game.”

Birmingham Yardley MP Jess Phillips tweeted after the decision was announced: “It’s not a factional game for God’s sake”.

Former NEC member Luke Akehurst said it was “disgusting” the Wirral West CLP had “killed” the idea because they were, in his words “scared a moderate would win, scared of party democracy”.

The floating of the idea had sparked speculation as to who could be in the frame for the role, which many said would position them as a leader-in-waiting.