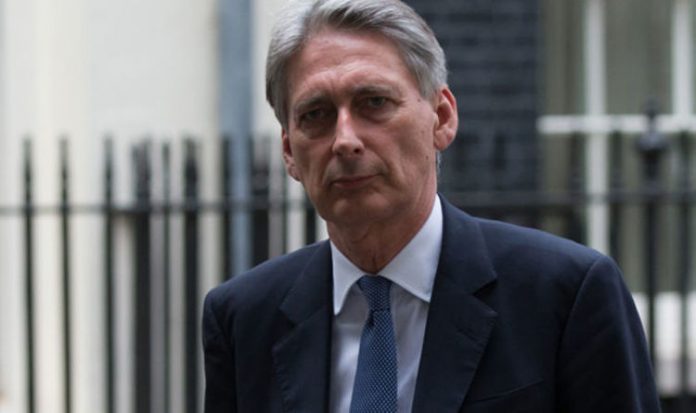 In a tweet, he said: “Our Government is committed to tackling this.

“I will be saying more at the Budget about how we can use the tax system to meet this challenge. All options remain open and under active consideration.”

His remarks followed suggestions that the Treasury was blocking a plan from Number 10 to hike the plastic bag tax, which is currently 5p.

One report suggested officials were worried the rise could be seen as “profiteering”.

But a Treasury spokesman said: “The idea that there is a rift between the Chancellor and the Prime Minister on this is nonsense.

“The Chancellor has made clear he is very supportive of action to help protect the environment.”

Last week, Whitehall sources said Mrs May was due to announce the rise in the levy within days.

But a senior Government source said on Wednesday: “I am not going to comment about what we may or may not be doing with such levies.

“Any changes to those kind of levies will be set out in the appropriate way.

“We have already got a levy on plastic bags and it has been proven to work.

“The reports today are speculation.”

The 5p charge on carrier bags from supermarkets and other retailers was introduced in England in October 2015.

Environmentalists say it has helped cut use of single-use plastic bags by 85% since then.