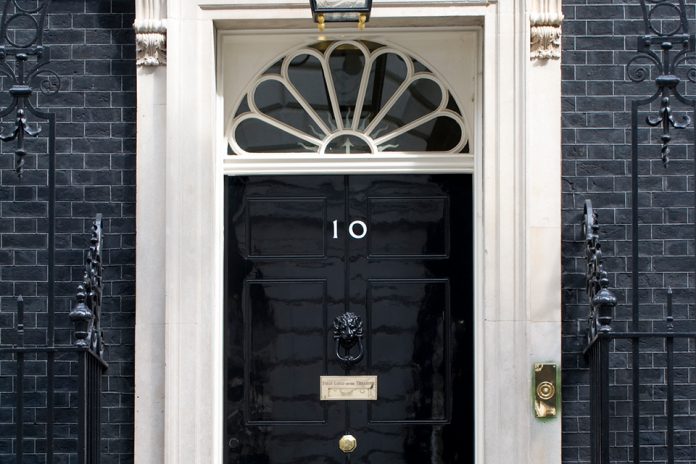 For more than 75 years, this Security Council has been tasked with maintaining peace and security and it’s been difficult. We haven’t always agreed about how to achieve that goal.

And I know there are people around the world who will say this is all kind of “green stuff” from a bunch of tree-hugging tofu munchers and not suited to international diplomacy and international politics.

He goes to some camp, he becomes prey for violent extremists, people who radicalise him and the effects of that radicalisation are felt around the world.

“Think of the girl who drops out of school because her daily search for water takes her further and further from her family – and into the clutches of human traffickers and the international criminal gangs who profit from them.

Or think of a farmer who has lost harvest after harvest to drought and then switches to poppies because poppies are a hardier crop, with the impacts that the opium crops have on the streets of all our cities, quite frankly.

Or think of the impoverished and fragile nation whose government collapses when critical infrastructure is overwhelmed by increasingly frequent extreme weather – of a kind that sends shockwaves of instability around the world.

Now if that kind of result, in terms of political, economic, humanitarian impact, if that was being triggered by some kind of despotic warlord or civil war, then nobody would question the right and the duty of this UN Security Council to act, and therefore this is not a subject we can shy away from.

People know the answer to climate change and they know how to tackle this crisis.

And as Bill Gates put it in his new book, what we’ve got to do is go from 51 billion tonnes of greenhouse gas emissions each year to net zero, so the increase in global temperatures remains at manageable levels. And as we do so we must support the most vulnerable and fragile nations that are feeling the effects of climate change, help them to adapt and to build resilience.

And that’s what we’re doing. So last year [sic: 2019] we passed a law committing us, the UK, to achieving net zero carbon-emissions by 2050. And we’ve pledged to slash emissions by 68 per cent by 2030, that’s the steepest reduction for any major economy.

Our climate finance commitments for the next five years, supporting the rest of the world to achieve this, stand at £11.6 billion. And, ahead of the COP26 summit we’re going to be putting climate change firmly at the top of the agenda for our G7 presidency as well.

So my message to you all today is now the UN Security Council has got to act too.

Because climate change is a geopolitical issue every bit as much as it is an environmental one. And if this Council is going to succeed in maintaining peace and security worldwide then it’s got to galvanise the whole range of UN agencies and organisations into a swift and effective response.

When changing sea levels are affecting our navigation around our coasts? Or when, as Nisreen said, when huddled masses fleeing drought or wildfire, or conflict over resources arrive at our borders?

Whether you like it or not, it is a matter of when, not if, your country and your people will have to deal with the security impacts of climate change.

So let’s do what this Council was created to do and let’s show the kind of global leadership that is needed to protect the peace, the security and the stability of our nations, of our regions and of our world.

Thank you all very much.

Thank you Prime Minister and members of the Security Council. I am greatly honoured to have this opportunity to speak to you. I am not a politician, nor am I a diplomat. I speak as a member of the public who listens to your deliberations and pronouncements with care and concern.

We know that the security of the entire world depends on your decisions. That you hold the key to preventing a repetition of that global catastrophe, the Great War, that took place during my youth and transformed a whole generation. And that awesome responsibility, I know well, still rests with you.

But may I plead that today there are threats to security of a new and unprecedented kind. These threats do not divide us. They are threats which should unite us, no matter from which part of the world we come, for they face us all.

They are: rising global temperatures; the despoiling of the ocean, that vast universal larder on which people everywhere depend for their food; changes in the pattern of weather worldwide that pay no regard to national boundaries, but that can turn forests into deserts, drown great cities and lead to the extermination of huge numbers of the other creatures with which we share this planet.

No matter what we do now, some of these threats will assuredly become reality within a few short years. Others could, in the lifetime of today’s young people, destroy entire cities and societies, even altering the stability of the entire world. The heating of our planet has already reached the point that the impacts on the poorest and most vulnerable people are profound. But this is only the beginning of this crisis.

In the last 150 years, the world has warmed on average by just over 1 degree Celsius and our atmosphere now contains concentrations of carbon dioxide that have not been equalled for millions of years.

We are today perilously close to tipping points that, once passed, will send global temperatures spiralling catastrophically higher. If we continue on our current path, we will face the collapse of everything that gives us our security: food production, access to fresh water, habitable ambient temperature and ocean food chains. And if the natural world can no longer support the most basic of our needs, then much of the rest of civilisation will quickly break down.

Please, make no mistake, climate change is the biggest threat to security that modern humans have ever faced. I don’t envy you the responsibility that this places on all of you and your governments. We have left the stable and secure climatic period that gave birth to our civilisation. There is no going back. No matter what we do now, it’s too late to avoid climate change. And the poorest and most vulnerable – those with the least security – are now certain to suffer.

Our duty right now is surely to do all we can to help those in the most immediate danger. But of course we have a parallel duty, and it’s here where I think there are grounds for hope. While it’s true we can never go back to the stable benign climate that enabled us to flourish for the past 10,000 years, I do believe that if we act fast enough, we can reach a new stable state.

In November this year, at COP26 in Glasgow, we have what may be our last opportunity to make this step change. If we recognise climate change and the loss of nature as worldwide security threats, as indeed they are, then we may yet act proportionately and in time.

The change needed in itself sounds immense, and of course it is, but we already have many of the technologies needed, at least for the initial changes. And perhaps crucially, we also have a level of public support and demand for action that I have myself never seen before.

People today all over the world now realise this is no longer an issue which will affect future generations. It is people alive today, and in particular young people, who will live with the consequences of our actions.

Politicians and business leaders know this too, having seen how quickly and radically their societies and global activities were affected by Covid, it is now sadly easier to imagine some of the consequences of climate change.

Perhaps the most significant lesson brought by these last 12 months has been that we are no longer separate nations, each best served by looking after its own needs and security. We are a single truly global species whose greatest threats are shared and whose security must ultimately come from acting together in the interests of us all.

Climate change is a threat to global security that can only be dealt with by unparalleled levels of global co-operation. It will compel us to: question our economic models and where we place value; invent entirely new industries; recognise the moral responsibility that wealthy nations have to the rest of the world; and put a value on nature that goes far beyond money.

And through global co-operation, we may achieve far more than tackling climate change. We may finally create a stable, healthy world where resources are equally shared and where we thrive in balance with the rest of the natural world. We may, for the first time in the entire history of humanity, come to know what it feels like to be secure.