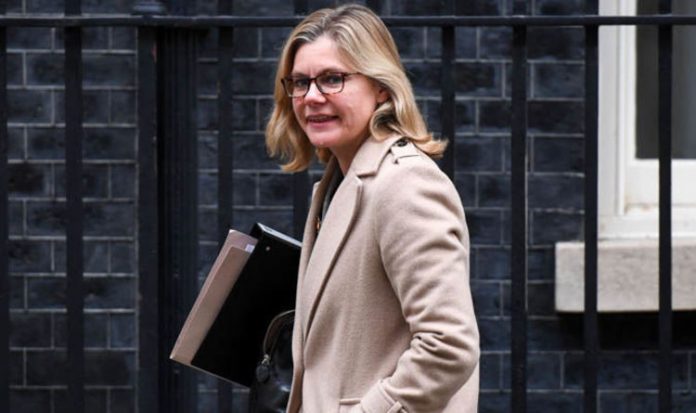 The Prime Minister made it clear that the idea of a second referendum – or so-called people’s vote – proposed by Ms Greening, pictured yesterday, is unacceptable.

A spokesman declared: “The British public have voted to leave the EU. There is not going to be a second referendum under any circumstances.”

Ms Greening, a leading Remainer who was sacked by Theresa May, has wheeled in behind the campaign on the back of the much-criticised Chequers plan for Brexit.

She joined fellow Tory rebel Phillip Lee, who resigned as a justice minister to oppose the Government on Brexit.

She claimed Parliament is “gridlocked” over Brexit and the public should be given another vote that includes the option to remain in the EU.

The Putney MP said she would campaign for Remain in any new vote.

Asked if any other senior Tories backed a second referendum, she said: “Yes, I believe so.”

Discussing the Chequers plan she said: “I don’t think it can work. I think it was a genuine clever attempt at a compromise that could work.

“What we need is a clear route forward that settles this EU question once and for all.”

He said: “It is neither loved by Remainers or Leavers. “It’s also quite likely to be either rejected by the EU or more demands will be made upon it so it will be even less acceptable.”

He described Ms Greening’s call for a second referendum as “a little ill-thought out”, saying: “If we wanted to extend the uncertainty for another long period this is one way of doing it.”