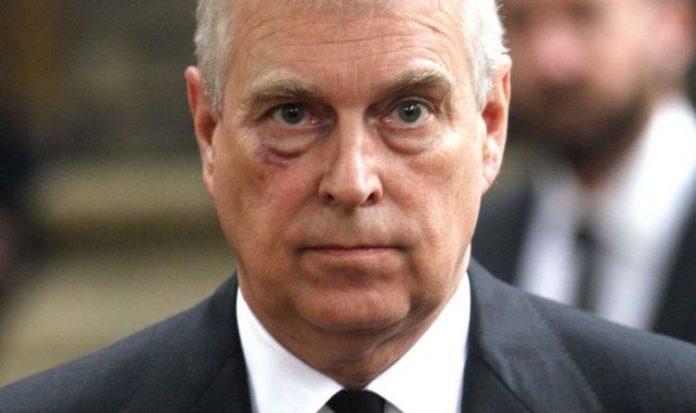 During the Channel 5 documentary ‘Secrets Of The Royal Palaces’ royal commentators discussed the blaze that broke out at Windsor Castle in 1992. Ingrid Seward stated that Prince Andrew organised a “human chain” to get the Royal Family’s priceless treasures out of the castle.

The documentary’s narrator Glynis Barber said: “The royal family leapt into action and helped organise a rescue mission to save the castle’s many priceless treasures from the path of the raging flames.

“We can reveal that in the end only two works of art were lost in the fire.”

Ms Seward stated: “They formed a human chain which was masterminded by Prince Andrew.

“He knew every inch of the castle, as a child, he had explored it and he knew where all the secret back passages and everything else was.”

Simon Vigar added: “The Queen was shocked but she is pragmatic and she realised that she had to be part of the effort to save what they could.

“And they did, the royal family was part of the chain to get stuff out.”

Prince Andrew is no longer a working member of the Royal after he stepped down following his disastrous BBC Newsnight interview in which he was quizzed over his relationship with Jeffrey Epstein.

“We have seen that has not happened for him.”

ITV News’ Royal Editor Chris Ship told the Royal Rota: “I cannot believe for one second that anyone in the Royal Family will be thinking of putting Prince Andrew front and centre of any event any time in the near future until all of this has been decided one way or another.

“In order for that to happen there would have to be a resolution of the legal process.

“Then a reframing of his duties, I think it is a bit too early for that given that Ghislaine Maxwell still has not had her trial yet.”