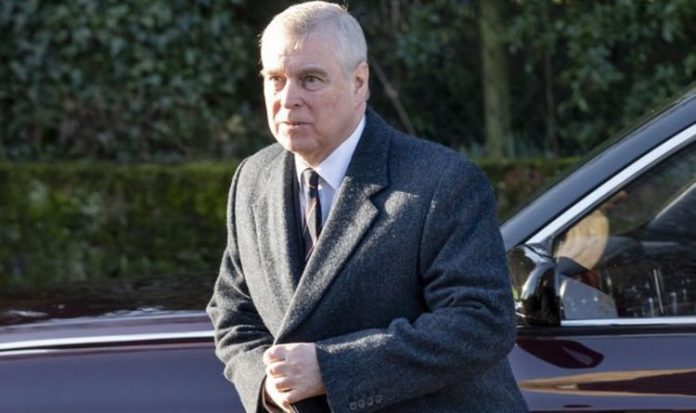 Mr Lancaster has worked with the Duke of York for many years and was named director of [email protected] Global earlier this month. Now, he joins Andrew and sports tycoon Johan Eliasch on the board.

The relaunch is believed to be planned for next spring with a spokesperson saying: “Pitch@Palace Global, a company wholly owned by the Duke of York, can confirm that it has appointed accountant Arthur Lancaster as a director.

“[email protected] Global remains in a pause position while its future direction and strategy is determined and whilst its operations continue to be significantly impacted by Covid-19 restrictions.”

Mr Lancaster served as a trustee of the Duke of York Sports Foundation, which closed when its activities transferred to the defunct Prince Andrew Charitable Trust.

The chartered accounted is also a trustee of the Barrowman Foundation which supports charities which help vulnerable young people.

[email protected] Global remains one of Andrew’s sole remaining business interests, but the charitable aim of the project was wound up following the Jeffrey Epstein scandal.

It has now removed all references to Prince Andrew from its website following his relationship to the sex offender.

The Duke of York said in a statement to have asked the Queen to be allowed to temporarily step back as senior royal.

Following a disastrous year for the Prince, the Christmas period to set to bring more problems for the York family.

Andrew’s Christmas plans have been scrapped this year as both his daughters are trapped in Tier 4 regions.

Princess Eugenie, 30, and her big sister Princess Beatrice, 32, are extremely close and may have hoped to spend Christmas together with their parents Sarah Ferguson, 60, and Prince Andrew, 60, at the Royal Lodge in Great Windsor Park.

However, a York Family Christmas will be a write-off now Tier 4 restrictions are in place for the whole of London and much of the South East of England.

The new restrictions ban Londoners from mixing households, so not only can they not see their mum and dad but they also can’t see each other.

A Government explanation of Tier 4 restrictions is as follows: “If you live in a Tier 4 area, you must follow the rules below from Sunday, December 20.

“This means that you cannot meet other people indoors, including over the Christmas period, unless you live with them, or they are part of your existing support bubble.

“Outdoors, you can only meet one person from another household.

“These rules will not be relaxed for Christmas.”