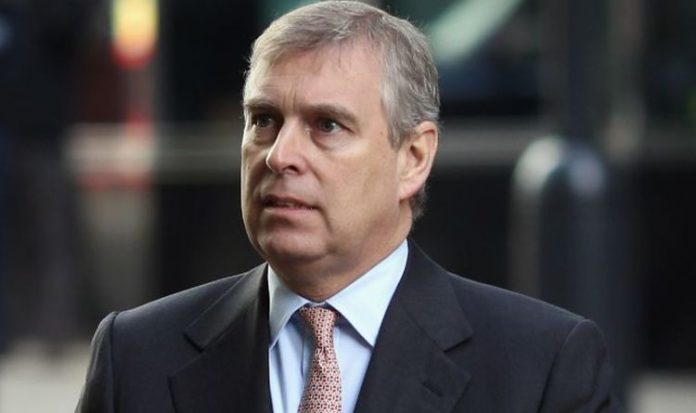 A judge has released hundreds of pages of Ghislaine Maxwell’s testimony from a civil lawsuit by one of her accusers. Ms Maxwell, who has repeatedly denied any wrongdoing, was charged by federal prosecutors in early July for allegedly assisting Jeffrey Epstein’s abuse of minors by helping to recruit and groom victims known to be underage. Before warning “there’s so much more to come of this,” ITV Lorraine’s Hollywood expert Ross King discussed how these latest revelations related to Prince Andrew, who has come under fire for his association with Epstein and Ms Maxwell.

He told viewers: “Prince Andrew’s name was not mentioned at all on record.

“Many redacted names and sections, and Maxwell is actually asked about the claims by Epstein’s victim, Virginia Roberts, that she was trafficked to London

“In one section Maxwell was actually asked: ‘did blank ever tell you that he had sex with Virginia Roberts?’

“Maxwell replied that she did not. She’s then asked by Ms Roberts’s lawyers: ‘Did Jeffrey Epstein ever tell you that blank had sex with Virginia Roberts?’ Maxwell gives the same reply that he did not.”

Mr King continued: “During questions about her time in London, Ghislaine Maxwell is asked: ‘Do you recall Virginia being at your London town home?’ She replies: ‘I do not’.

“Virginia Roberts, now Giuffre, now claims she was trafficked and forced to have sex with Prince Andrew on three occasions.

“Prince Andrew has categorically denied those claims, and of course we all remember that interview where he said he doesn’t remember even meeting Virginia Roberts.

“He said: ‘It didn’t happen, I can absolutely, categorically tell you it never happened’.”

Mr King added: “Lawyers for Maxwell had actually asked that the court not release the deposition, arguing that it could actually violate her right to a fair trial.

“It features Maxwell’s testimony on her relationship with Jeffrey Epstein, convicted sex offender.

“He died by suicide last year while awaiting trial on sex trafficking charges.

“Now Maxwell herself refused to answer questions about her sex life with Jeffrey Epstein, but she did admit that they had had intimate relations.

“There’s so much more to come of this.”