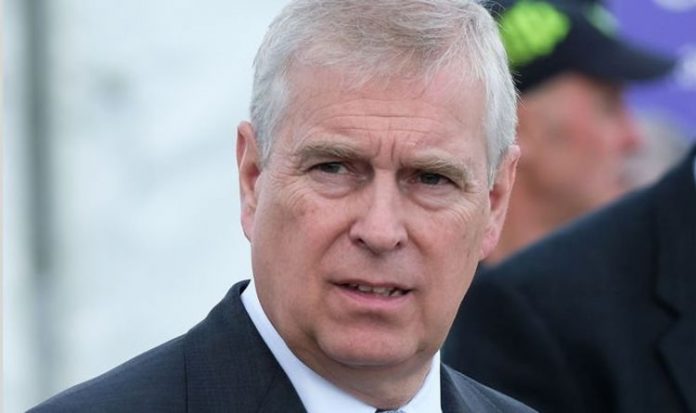 The Duke of York was due to have the bells at Westminster Abbey ring tomorrow to mark his 61st birthday, but it has been cancelled due to coronavirus. The Abbey’s website reads: “The Abbey bells can usually be heard before services and in celebration of church festivals and royal occasions. “Following the latest guidelines from the Church of England and the Central Council of Church Bell Ringers, ringing at the Abbey by our volunteer bell ringers is currently suspended during the coronavirus outbreak.”

Last year, it emerged the bell ringers’ schedule still featured Andrew’s birthday on February 19 despite him stepping back from public duties under a cloud.

The news sparked public outrage, especially as people were already riled up over the fact the bell was rung for his 60th.

Just three months before, Andrew had a car crash interview with the BBC’s Emily Maitlis about his friendship with convicted paedophile Jeffrey Epstein and had stepped back from duties.

The bells in the famous Abbey only ring for 11 other royals: the Queen, Prince Philip, Prince Charles and his wife Camilla, Princess Anne, Prince Edward, Prince William and his wife Kate, and their three children Prince George, Princess Charlotte and Prince Louis.

The bells didn’t even ring for Prince Harry and Meghan Markle before they stepped down as senior royals.

Prince Andrew will not have the Westminster Abbey bells ring for his birthday (Image: GETTY)

Prince Edward’s wife Sophie, Countess of Wessex, and the Queen’s cousins were also not included in the schedule.

A source told Newsweek that there were discussions within the Abbey over the summer about slimming down the bell ringing schedule to only include the Queen, Philip, Charles, William and George’s birthdays.

However, COVID-19 restrictions have now ruled out all bell-ringing until at least March 8.

An Abbey source said: “There won’t be any bell ringing at least until March and even then it would be very dubious I would have thought.”

A roadmap for the UK’s way out of lockdown is expected this weekend.

As a “royal peculiar”, the Abbey comes under the jurisdiction of the monarchy, meaning any future decisions on whether to ring the bells for Andrew will be taken in consultation with the royal household.

However, they may have to take into consideration the considerable backlash from news outlets across the political spectrum and from the general public.

Nigel Cawthorne, author of the biography Prince Andrew, Epstein and the Palace, told Express.co.uk last year: “There was an enormous uproar at the beginning of the year when the Government requested that local councils celebrate Prince Andrew’s 60th.

“In the end it didn’t happen, though the bells of Westminster Abbey did ring.

“Although the Queen is the supreme governor of the Anglican church, she cannot tell the churches what to do on her own.

“The exception is Westminster Abbey, which falls directly under her responsibility.

“It would be a major sign of displeasure if she failed to ring the bells again for his 61st birthday.”

Westminster Abbey is a venue that is very special to the royals, as it was the place where the Queen married Prince Philip, where Prince William married Kate Middleton and where Princess Diana’s funeral was held.

Other birthday tributes have been halted for Andrew, including flags on Government buildings, which are typically changed to the Union Jack on royal birthdays.

In February 2020, there were plans to fly the flag for the prince at council buildings across the country, but this was scrapped.

The Department for Digital, Culture, Media and Sport, wrote in a statement: “Following the decision by the Duke of York to step back from public duties for the foreseeable future, there is no longer a requirement for Government buildings to fly and Union flag on Wednesday, February 19.”

Graham Smith, chief executive of Republic, was among those slamming the original plan, branding it “crass” and “offensive”.

Andrew has been accused of having sex with Virginia Roberts on three occasions, when she was 17 years old.

Ms Roberts claims to be a sex trafficking victim of Epstein.

The Duke has “categorically” denied the accusation made against him and claims the alleged incidents “never happened”.

A Buckingham Palace statement read: “It is emphatically denied that the Duke of York had any form of sexual contact or relationship with Virginia Roberts.

“Any claim to the contrary is false and without foundation.”

After his disastrous interview with BBC Newsnight, it was announced that the Duke would step back from public duties.

Andrew wrote: “It has become clear to me over the last few days that the circumstances relating to my former association with Jeffrey Epstein has become a major disruption to my family’s work and the valuable work going on in the many organisations and charities that I am proud to support.

“Therefore, I have asked Her Majesty if I may step back from public duties for the foreseeable future, and she has given her permission.”