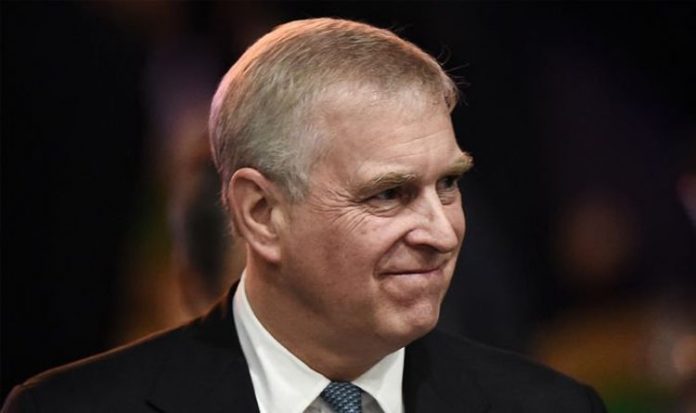 The Duke of York has been criticised for his friendship with Jeffrey Epstein – who was due to stand trial for sex trafficking last year – before he died by suicide in prison. Andrew has also been accused of having sex with alleged trafficking victim Virginia Roberts Giuffre on three separate occasions. Buckingham Palace vehemently deny these allegations. A statement reads: “It is emphatically denied that The Duke of York had any form of sexual contact or relationship with Virginia Roberts. “Any claim to the contrary is false and without foundation.”

Maxwell denies charges brought against her.

As she was taken into custody, one legal expert warned that Andrew may come under yet more pressure as a result of the charges brought against Maxwell.

He said: “If other people are getting charged and coming forward … the circle seems to be tightening around those who were involved.

“If he can credibly claim that he had no idea what was going on, that will be one thing. If it’s something different, the circle seems to be closing in on those directly involved in all of these activities.”

Responding to Prof Farrow’s claims, the Duke of York’s representatives declined to comment.

That the British socialite was allowed into the iconic royal setting attracted fresh criticism.

Last month, an extradition lawyer told Sky News it is “very likely” the UK government will play some part in deciding whether Andrew talks to authorities in the US about Jeffrey Epstein.

Lawyer Karen Todner said: “From my understanding the Americans are not happy about Prince Andrew giving a prepared statement, that’s not what they want from him, they want to have the opportunity to ask him questions and for him to be under oath when he does that.”

She added: “Prince Andrew doesn’t have diplomatic immunity so if the process has started it will follow through.

“There are various reasons that the UK authorities would have to look at to show that the mutual legal assistance request was valid, that it was asked for the right reasons, but I can’t see any issues with that at the moment.”