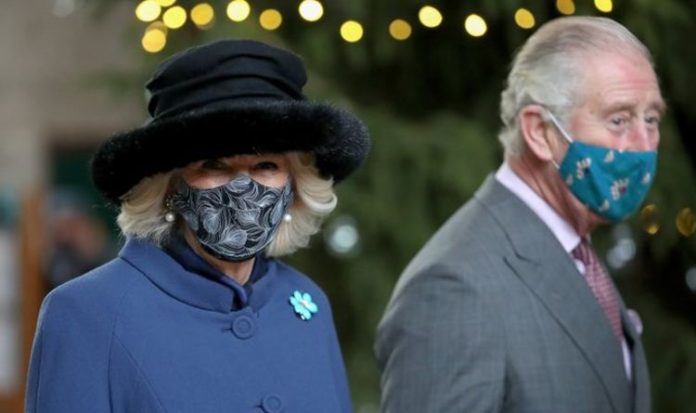 During the latest episode of the Royally Obsessed podcast, Rachel Bowie and Sally Bedall Smith discussed the reaction to Netflix’s The Crown. The series has drawn criticism for its portrayal the heir to the throne and the Duchess of Cornwall as the episodes do not come with a fiction warning despite events being dramatised.

Ms Bowie said: “I thought there was a great piece in the economist about The Crown.

“Firstly, it is so amazing that the economist is writing about The Crown, that’s a rarity.”

Ms Bedall Smith added: “The Crown is a cultural phenomenon.”

The economist stated regarding the series: “All drama that involves real people is, to some extent, fiction: when Charles and Diana stared into each other’s eyes and realised it was over, no one else was in the room where it happened.

“If those being portrayed are dead, decently behaved and unimportant, nobody cares what lines script writers make up for them.

“But if they are alive, adulterous and the heir to the throne, things are bound to get sticky.”

Ms Bowie continued: “I think we need to mention what is going on with the UK’s Culture Secretary asking for a warning label on The Crown.

“It is awful that Charles and Camilla have had to turn off social media commenting because of the backlash.

Oliver Dowden said: “The Crown is actually produced in my constituency.

“I have a great deal of respect for the production values, it is beautifully produced.

“The point is that it is not historically accurate.

“Just as when the BBC or ITV produce these shows they put a warning on at the start to say this is a work of fiction.

“I made the point that Netflix should do this. I do not think that is outrageous, I think that is what you would expect from other broadcasters.”