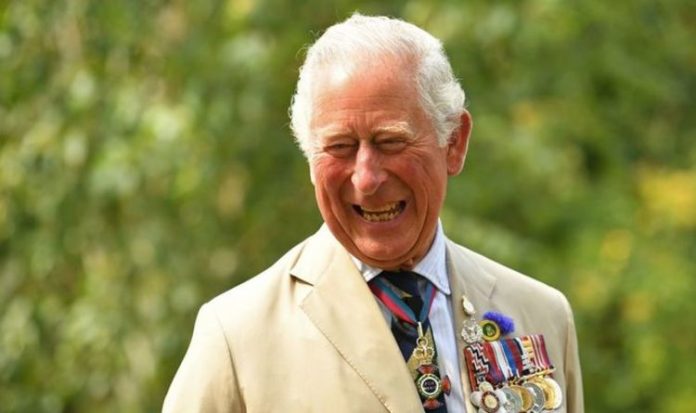 Prince Charles has very specific orders for his butlers and royal staff over what he wears. He reportedly has to have his shoelaces ironed and his pyjamas pressed every morning.

The future king also makes his staff hand wash every piece of clothing he and his wife Camilla, Duchess of Cornwall, wear according to a royal book.

In his book, Not in Front of the Corgis: Secrets of Life Behind the Royal Curtains, royal biographer Brian Hoey wrote about Prince Charles’ outrageous demands.

He said the prince has never picked up his own clothes or undressed himself.

Mr Hoey explains that Prince Charles has three valets who take care of his clothes for him.

If the Prince of Wales has several royal engagements in one day, Mr Hoey said his valet places several ties in the car so the prince can change en route.

Prince Charles likes to wear the tie of the military or organisation he is visiting.

Mr Hoey wrote that Prince Charles and the Duchess of Cornwall’s clothes can never touch a washing machine.

Royal correspondent, Clive Goodman, claimed the Prince of Wales does nothing for himself.

READ MORE: Prince Charles has to take important step before being crowned king

“Then he goes into his dressing room, his clothes are laid out for him ‒ even his socks, left and right, are in exactly the right spot.”

Paul Burrell, a former royal butler, reiterated how Prince Charles’ bath towel has to be placed in a specific way.

“When it comes to bathing, the bath plug has to be in a certain position, the water temperature has to be just tepid, and only half full.

“And if anyone gets anything wrong everybody is scolded.”

Mr Burrell also explained that the prince “has grown up in such a privileged lifestyle that he doesn’t have the mechanics to choose for himself anymore.”

He added: “Absolutely everything is done for him.”

Mr Burrell said the future king has his staff squeeze just the right amount of toothpaste out of the tube for him.

He said: “Charles has his valets squeeze one inch of toothpaste onto his toothbrush every morning.”

Prince Charles is first in line to take the throne followed by his son Prince William who is second.